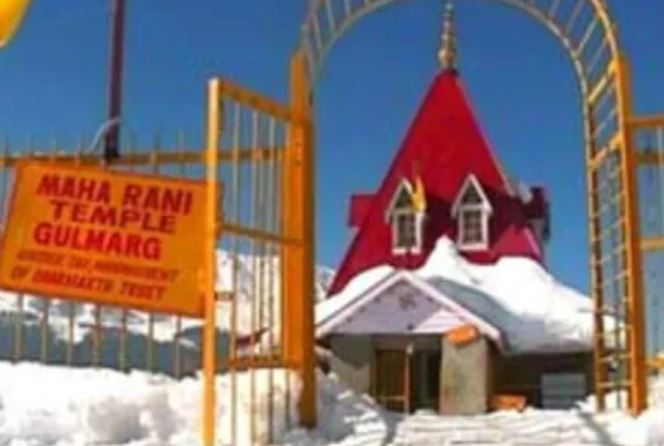 Gulmarg of Jammu and Kashmir is known for its beautiful valleys. But hundreds of years old Shiva temple is also present here, where many famous Bollywood songs of the 80s were shot. This temple has now been renovated by the Indian Army. After cutting the lace in the traditional way, worship was done here with chants and then the temple was opened to the common people. After the puja, food was also fed to the local people.

This old Shiva temple of Gulmarg was built in 1915 by Maharani Mohini Bai Sisodia, wife of Maharaja Hari Singh, the ruler of Kashmir. This Shiv Mandir was also seen in the famous song ‘Jai Jai Shivshankar’ from the 1980s film ‘Aap Ki Kasam’, which was picturized on Rajesh Khanna and Mumtaz. This song was sung by Kishore Kumar and Lata Mangeshkar.

The need for renovation and repair of this Shiva temple was felt for a long time. After this, the army took up the task of renovating this historical heritage and the local people were involved in it. People of all religions cooperated in the restoration of the temple with full devotion. It got repaired with the help of local people. The road leading to the temple was also rebuilt.

The local people here also consider it a symbol of universal equality. This temple of Gulmarg in Kashmir, considered to be heaven on earth, is an example of cultural solidarity. The army hopes that after the renovation, this temple will become a tourist attraction in a place like Gulmarg due to its glorious heritage and historical importance.