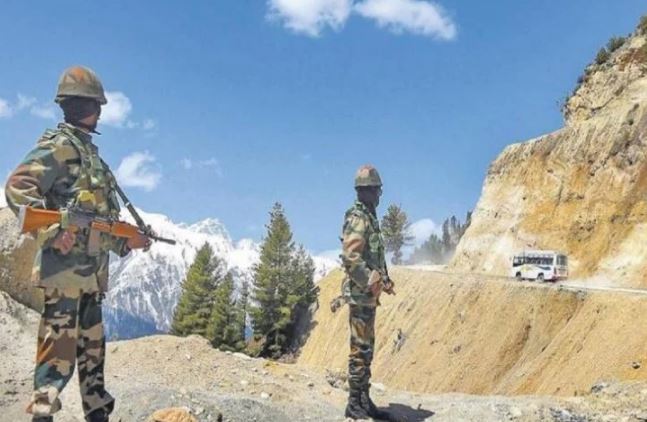 Amid the ongoing dispute in eastern Ladakh, the army is considering converting some of its war formations (configuration or structure) into dual-tasks that will be allowed to deal with both China and Pakistan. Until now, the main focus of the war formation remained at the Pakistan border as there was no significant threat to the Line of Actual Control (LAC).

The balance of military operational preparedness is heavily tilted towards the western border. This can be understood from the fact that three strike corps have been deployed there whereas only one aggressive mountain strike corps was created for the northern borders.
Government sources said that in view of the ongoing dispute with China, no additional force or new strike corps is required to be created. The current war formation can only be given the responsibility of handling both fronts.

He said that the military headquarters is considering various proposals in this regard and suggestions have been sought from various military commanders as there is a need to increase military preparedness on LAC. After discussing the suggestions and proposals, a decision will be taken to assign responsibility for these works.

Strike corps deployed on the Western Front are equipped with heavy military equipment. These include 21 Strike Corps at Bhopal, Strike One at Mathura and Kharga Corps at Ambala. Also, their formations are located in the western, central and northern sectors, some of which are very close to the China border.

The war formation change in the army with a capacity of 13 lakh soldiers will be a huge task and it is expected that this will prepare the army for war on two fronts simultaneously. The army has shifted a large number of its equipment from central and western India here amid tension in eastern Ladakh with China.

Army BMPs, T-90s and T-72s have been deployed in the Ladakh sector. An additional deployment of three mountain divisions has been made in East Ladakh region to counter China’s 60000 troops. The soldiers of India and China have been face to face in East Ladakh since April-May.