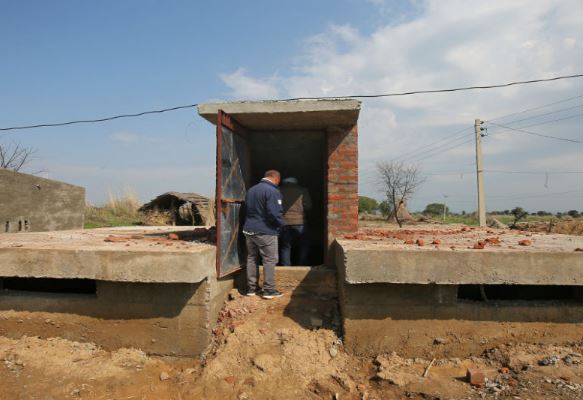 Indian Army has commissioned community bunkers in Shekhachak, a village in RS Pura sector adjoining Pakistan. The army has built these bunkers under ‘Operation Sadbhavna’, in which 40 to 50 people can take shelter together in times of trouble. These bunkers can withstand the shelling of mortar comfortably. Also, electricity has also been provided in this bunker. So that children can study comfortably.

Army jawans have also arranged gas cylinders in these bunkers equipped with modern facilities. If you were stuck in a bunker for many days, people could also cook their food. People and children from nearby villages are also reaching to see these bunkers built by the army.

These bunkers can withstand firing and firepower easily. Steel and concrete are used to make underground bunkers. Their walls and roof are three times thicker than a normal house. It costs about 13-14 lakh rupees to build a bunker.