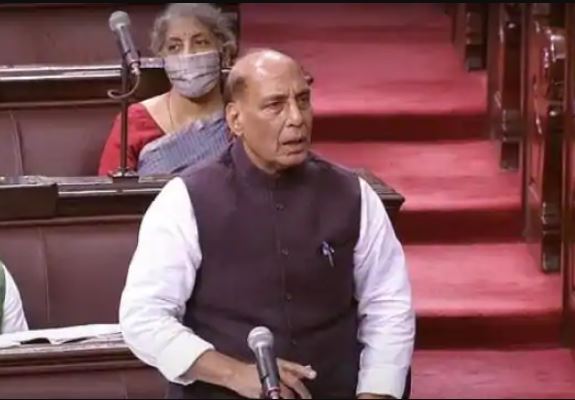 Refusing to give details of this, he said that he violated the cross-border ceasefire to get the entry of terrorists in India, many times to expel terrorists active in India and also to disrupt the peace situation in India. goes. Singh said that as far as the action taken by India is concerned … it can only tell the heart of the Government of Pakistan what and how the response of the Indian Army is? The Indian Army has limited the activities carried out on their behalf.

Asking supplementary questions, Leader of Opposition in the House and senior Congress member Ghulam Nabi Azad said, “Why have ceasefire violations increased during the tenure of the present government? Is foreign policy responsible for this? He said that Pakistan shares border with Jammu and not Kashmir. He said that militants are infiltrated frequently in Kashmir and there is a ceasefire violation in Jammu. This particularly affects five districts of Jammu. People there should get compensation.

Rajnath said that there is a tradition of giving compensation on behalf of the state government for loss of life and property. Earlier the compensation amount was very low. Earlier, compensation was given for killing only three animals. Now this amount has been increased and every kind of loss is compensated.

Singh said that the target was to build more than 14,000 bunkers on the border, most of which have been built. Citizens are taken away as soon as danger is expected. He said that ceasefire violations are often done from across the border because they are intended to carry out major incidents like Pathankot attack, Uri attack in India. Indian forces are fully vigilant on the border from their side.