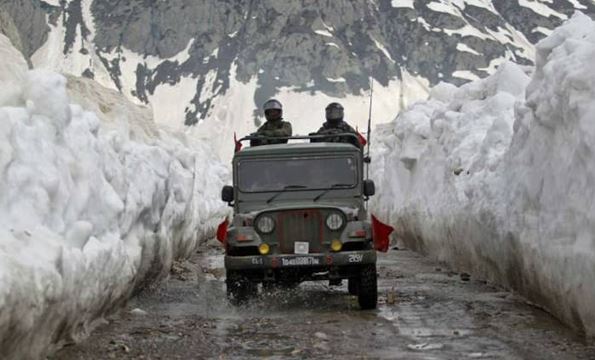 Indian Army Jawans are patrolling every 12 to 15 km along the China border with logistical accessories, keeping a close watch on every activity of China. The jawans are quenching their thirst by melting snow in the high Himalayan regions amid heavy snowfall. For the first time after the border dispute with China, ITBP personnel are deployed at altitudes ranging from 10 thousand feet to 16 thousand 500 feet.

Warm clothes, logistic materials are being transported by helicopter to the jawans at these posts. In the high Himalayan regions, it is also a challenge to deliver goods to the soldiers due to weather failure. Despite this, the soldiers are standing in the security of the country. About 700 to 800 personnel are stationed at Rilkot situated at an altitude of 10 thousand feet above sea level, Bugdiar at 8898 feet and Dung Chowki at an altitude of 16 thousand 500 feet.

At this time, the maximum temperature in Rilkot is minus four degrees, in Bugdiyar it is minus six degrees, in Dung it is minus 10 degrees and in Dawa it is minus 12 degrees. Between five and six feet of snow, ITBP personnel are patrolling 12 to 15 km along the China border every day. Please tell that only healthy and fit jawans are sent to the higher Himalayan regions.

For this, the soldiers are given special training, which includes avoiding heavy snowfall and avalanches, taking them out to safe places after the fellow jawan is injured or trapped in snowfall, mountaineering and staying on the border even after lack of oxygen. Training is imparted. For this, the soldiers also have to undergo special medical checkup.