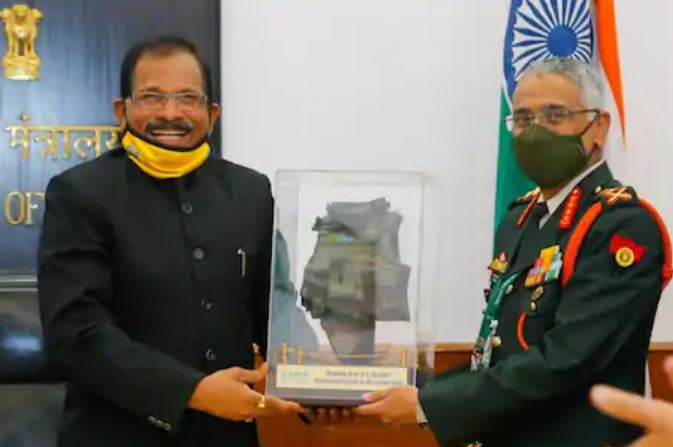 The Central Government has given a gift of one lakh  Bullet Proof Jackets to the Army. During a program, State Defense Minister Shripad Naikan handed over a bulletproof jacket made in India to Make in India to Army Chief General MM Narwane. Speaking on the occasion, the Minister of State for Defense said that our government is fully committed to the security of the soldiers.

According to a release issued from the Ministry of Defense, the minister lashed out at the manufacturing company SMPP Pvt. Ltd. for providing these jackets a month ahead of schedule. He said that making a Make in India Bullet Proof Jacket is a great step under the plan to create a self-reliant India. This company is exporting this kind of product not only in the country but all over the world. It is an honor for us.