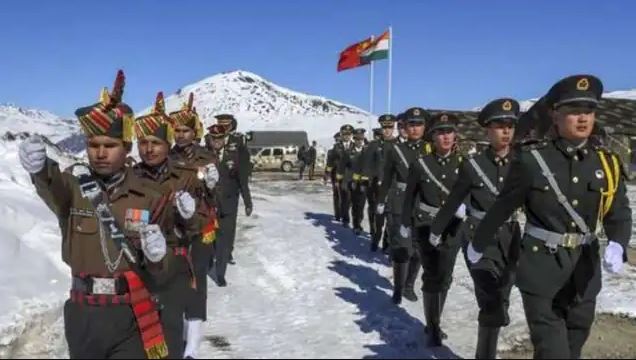 The government has once again rejected the news of the incursion of Chinese soldiers and clashes with Indian soldiers in eastern Ladakh. A media report claimed that Chinese troops once again crossed the Line of Actual Border (LAC) at several places in eastern Ladakh. Apart from this, there was also talk of at least one skirmish between the soldiers of both the countries. It was said in the report that the People’s Liberation Army has carried out this encroachment and skirmish near the Galwan river in the same area where 20 soldiers were martyred last year. After a year, once again a claim of clash was made, but the government has denied such news.

The central government said that this news is completely out of facts and misleading. The statement issued by the government said, ‘News reports say that the agreements with China have collapsed. This is completely wrong and baseless. Not only this, it has been told by the government that there has been no incident of encroachment since the agreement between the two countries in February this year. The statement said that no attempt has been made by either side to occupy the areas from which both sides had agreed to withdraw.

The official statement said that the claims made in the media report are false. There has been no clash in Galwan Valley or any area around it. The intent of the report was not correct and was far from the truth. On behalf of the government, it has been said that continuous efforts are being made from both sides to settle the issues on the border. Apart from this, patrolling is being done continuously by the Indian soldiers in the respective areas. Not only this, every movement of the People’s Liberation Army is being monitored by the Indian Army.