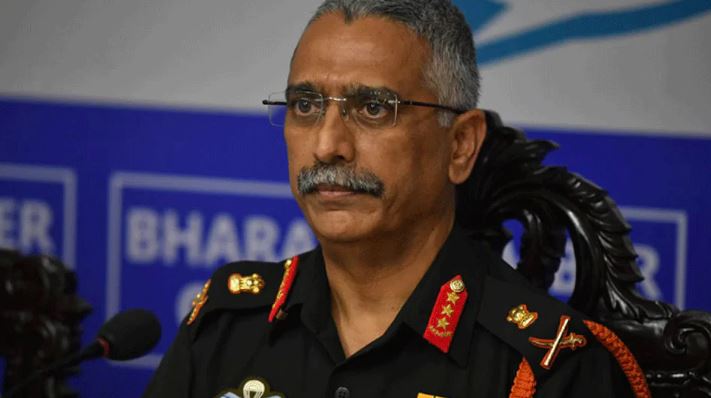 Army Chief General Naravane on Friday paid tribute to the soldiers martyred in the Ladakh violence, saying that their sacrifice will not go in vain. Speaking on the occasion of Army Day, the Army Chief said, ‘I want to assure the people of India that the sacrifice of our soldiers in Galwan Valley will not go in vain’. General Naravane has given a clear message to China with his statement that he should desist from his antics. Otherwise, the Indian Army knows to give a befitting reply. Last year, 20 Indian Army soldiers were martyred in the violence in Ladakh.

Speaking on the Eastern Ladakh standoff at the annual Army Day Parade, Army Chief General Naravane said that we are committed to resolving the problem through dialogue and political measures. He also said that China’s antics on the Line of Actual Control have been responded to and will be given further. We want to solve the problem through dialogue and political measures but will also give a suitable answer to the provocative action.

Referring to Pakistan, General Narwane said that terrorists are constantly being supported on his behalf. 300 to 400 terrorists are sitting in infiltration in India. The army chief said that the ceasefire violation from Pakistan has increased. Last year, a 44 percent increase was recorded in such incidents.

In addition, efforts to smuggle arms through drones and tunnels have also gained momentum. He said that the Indian Army is engaged in a campaign to wipe out terrorists. More than 200 terrorists have been wiped out in various anti-terrorism operations.

Army Chief in his speech appreciated the Indian soldiers stationed in the UN Peacekeeping Mission. He told that 5300 Indian soldiers are giving their services in the mission of the United Nations worldwide. At the same time, he also underlined the ongoing cooperation between India and Myanmar’s army to deal with rebel groups. Let us know that since the Ladakh violence, tension has increased in India and China. Several rounds of meetings have been held in both countries to resolve the dispute peacefully, but so far no concrete results have come out.