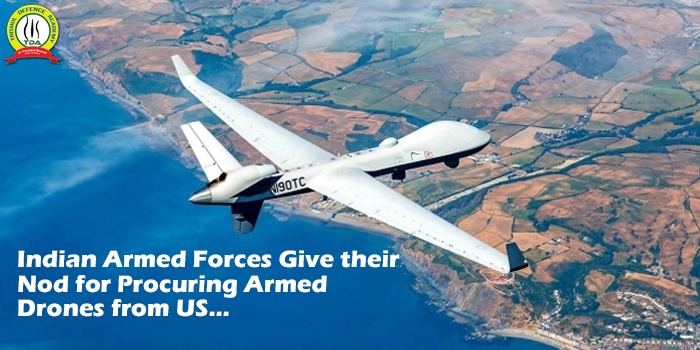 MUMBAI: Buoyed with the operational capability of two leased Sea Guardian drones, the Indian Armed forces have zeroed in on and given their nod for procurement of 30 armed versions of the American unmanned aerial system. The big deal is pegged at a whopping $3 billion deal. Earlier, some objections were raised over the deal but finally, all the three wings of armed forces have unanimously agreed to give their consent for the purchase of 30 armed versions of the US unmanned aerial system.

Defence Minister Rajnath Singh-led Defence Acquisition Council (DAC) is expected to take a final call over the deal prior to the arrival of US Secretary of Defense Lloyd Austin’s to India at the end of this month. Approval next for $3 billion deal for procurement of 30 MQ-9B Predator drones manufactured by San Diego-based General Atomics is now just a mere formality.

The move will go a long way in ensuring heightened security as the threat perception from Pakistan and China has grown by leaps and bounds over the years. The existing drones with Indian Armed forces are only capable of conducting surveillance and vigil. The deal to procure armed drones will prove to be a giant leap for augmenting India’s military capabilities.