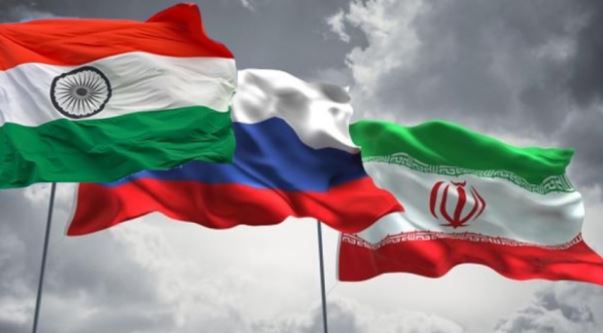 India has joined the two-day naval exercise of Iran and Russia, which has been named as ‘Iran-Russia Maritime Security Belt 2021’. This naval exercise is taking place in the northern part of the Indian Ocean.

The forces and ships of the Iranian Army and Islamic Revolutionary Guard Corps – Naval Divisions of the IRGC participated in the drill, which began on February 16, 2021, with several Russian Army ships.

The spokesman of this drill, Gholamreja Tahni, stated that, the Indian Navy has also joined this naval exercise with a select group of ships.

Asia United: #India has requested to join #Iran and #Russia in the ongoing #MaritimeSecurity2021 exercise in the Indian Ocean.#China is set to join after the Chinese New Year celebrations.

This drill will cover an area of ​​17,000 sq km. The drill will further include air targets, sea shootings, freeing hijacked ships as well as rescue and search and anti-piracy operations.

In a commentary on this naval exercise, Hossein Khanzadi said that, this practice means that, the global conceit which had dominated the region till date, should realize that they must leave it now.