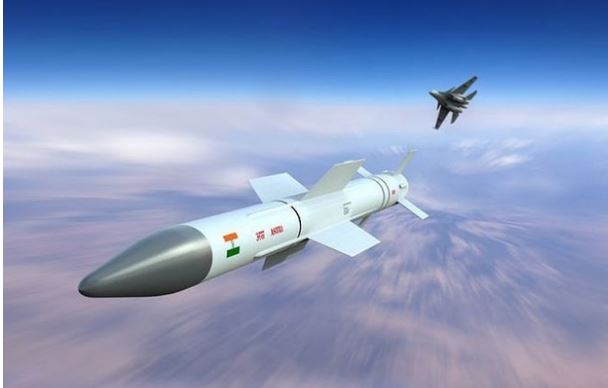 This year, India will begin the test of an astral missile with an air-to-air range of 160 km. According to the report, with this deadly missile, India will overtake Pakistan and China in the case of air war. The Astra Mark 2 Missile, equipped with long-range firepower, will be able to target enemy aircraft even beyond the visible range.

India will make its fighter aircraft capability more lethal in air warfare (air to air) with Astra Mark-2 missile. Indian aircraft equipped with this missile will be able to kill enemy aircraft in the air from 160 kilometers away. According to government officials, the test of the astral missiles will begin in the second half of this year. According to officials, the missile is expected to be fully developed by the year 2022.

The Astra Mark-2 missile flies four times faster than the speed of sound. This missile is capable of hitting all weather, day and night all the time. Currently, its range is about 100 kilometers. The weapon missile is designed by the Defense Research and Development Organization (DRDO).

It will replace the expensive Russian, French and Israeli BVRAAM. Currently these missiles (BVRAAMs) are imported. The size of the missile is much smaller than the rest of the missiles and the weight is also very less.

The Indian Air Force and Navy have already placed orders for 288 Astra Mark-1 missiles. They have already proved their firepower on Sukhoi-30 MKI fighter jets. Meanwhile, the final production batch of LRSAS missile has been started on 14 February 2021 in the APJ Abdul Kalam missile complex. The long-range surface-to-air missile has been designed by DRDO in collaboration with industrial partners.