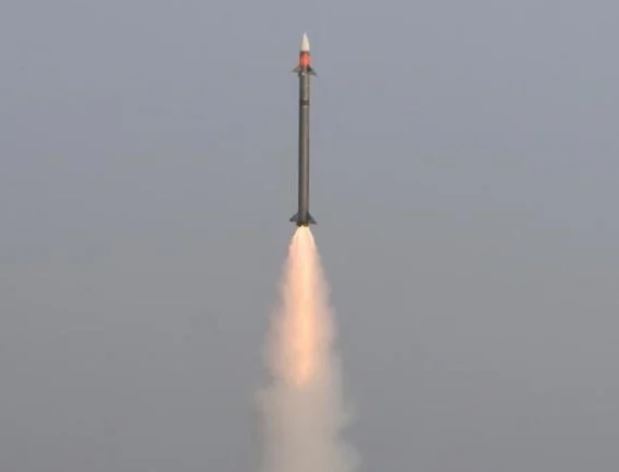 India has successfully test-fired a new surface-to-air medium-range missile off the Odisha coast. On Wednesday, sources related to the defense sector gave this information.

The source said that India successfully test-fired a ground-to-air missile medium range missile (MRSAM) off the Odisha coast on Wednesday. The missile was fired at 3.55 minutes from the ‘ground mobile launcher’ at the test site-1 of the Integrated Test Range (ITR) and hit the target with perfect accuracy.

Earlier, an unmanned aerial vehicle (UAV) ‘Banshee’ was sent to fly in the air and was precisely targeted by MRSAM. Bharat Dynamics Limited has manufactured MRSAM.

He said that by incorporating it in the Indian Army, the combat capability of the defense forces will increase further. Sources said that after the missile was fired for testing, it was monitored through various radars and other equipment until it fell into the sea.

A revenue department official said that before the missile was dropped, the Balasore district administration had shifted more than 8100 people within a radius of two and a half kilometers of the test site to the nearby shelter center on Wednesday morning.