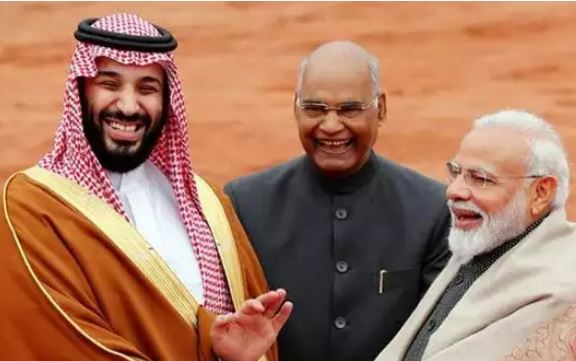 Saudi Arabia and India are going to have bilateral military exercises soon. This will be the first manoeuvre between these two countries in history so far. Before today, Saudi Arabia used to rely on Pakistan and America to teach its army the specifics of war. But, a big change is being seen in the foreign policy of the Modi government and the recent foreign policy of Saudi Arabia after the visit of Indian Army Chief General MM Narwane to Riyadh.

According to the report of WION, this manoeuvre will be conducted in Saudi Arabia. For this, a team from the Indian Army can visit Saudi Arabia in a few months. This exercise will not only increase the strength of the Saudi Arabian army, but will also change the strategic situation in the Gulf countries.

In the last month of last year, Indian Army Chief General MM Narwane arrived on a historic tour of the United Arab Emirates (UAE) and Saudi Arabia. This was the first visit by any Indian army chief to Saudi Arabia and the UAE. During this time, he not only met the army chiefs of both the countries but also had meetings with many high-level leaders here. This is why Saudi Arabia has decided to conduct exercises with India.

Saudi Arabia’s increasing military ties with India is a direct blow to Pakistan. Till now Pakistan was able to get a bailout from Saudi Arabia only by greed of its army. However, last year Pakistan and Saudi Arabia’s relations are going through the worst phase due to criticizing Prince Salman over Kashmir. Pakistan’s Army Chief General Qamar Javed Bajwa, who arrived to convince Saudi, also had to return empty-handed without meeting the Prince.