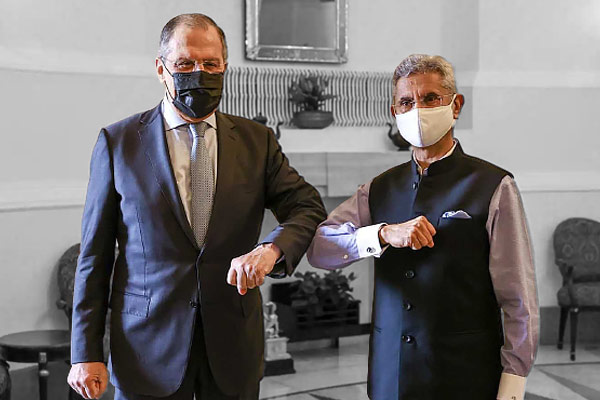 NEW DELHI: Despite US pressure on Moscow to reduce defence procurement, India and Russia agreed to extend defence cooperation not only in procurement but also in the exploration of the possibility of “additional” Russian military equipment production in India. Sergei Lavrov, Russia’s foreign minister, was in New Delhi for a working visit, where he held bilateral talks with his counterpart, External Affairs Minister S Jaishankar.

“Under the ‘Make in India’ concept, we addressed future and additional manufacturing of Russian military equipment in India. So far, I haven’t seen any differences in our Indian partners and friends “After talks with Jaishankar, Lavrov said during a press conference.

When asked about the US objections to buying Russia’s S400 missile defence system, Jaishankar said that “specific” issues were not discussed during the talks. “We did not address these responses from the United States,” Lavrov said, “but we affirmed that we would deepen our military cooperation.” We also spoke about the possibility of making Russian military equipment under the ‘Make in India’ programme,” Lavrov added.

The basic questions were directed to departments within the Ministry of Defence by Jaishankar. “We didn’t get into any particular debates. That is the responsibility of various bodies chaired by defence ministers, who are scheduled to meet by the end of the year,” External Affairs Minister S Jaishankar said. Lavrov referred to the QUAD cooperation as the “Asian NATO” and claimed that Russia was not involved in any military alliance.