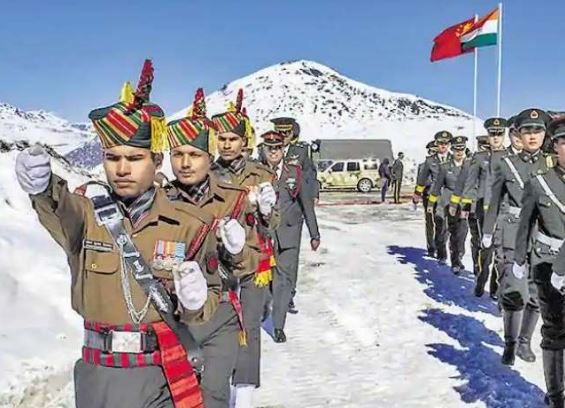 India and China are consulting on the ninth round meeting of the Corps Commander level. Chinese Colonel Ministry spokesman Senior Colonel Tan Kefei gave this information on Thursday. It is known that India and China have held eight rounds of Corps Commander level talks but the situation of deadlock between the two countries in May this year is still going on. Not only this, no concrete progress has been made so far in eastern Ladakh to reduce the tension on the LAC and the withdrawal of the forces.

Colonel Ten Kafei said in an online media briefing that since the eighth round of core commander-level talks, the two countries have continued to consult on the issue of withdrawal of troops. China is willing to maintain dialogue with India through military and diplomatic channels. At the same time, the website of the Chinese Defense Ministry has said that the situation is normal in border areas. India is expected to work with China with the same goals. Please tell that talks have also been held at the level of foreign ministers between the two countries.

At the Foreign Ministry level talks on 18 December, the two countries stated that they were ready to continue working towards ensuring the withdrawal of troops from all tensions along the Line of Actual Control, LAC. The meeting also decided to start the next round of military dialogue. In the previous Commander-level talks, India had bluntly told China that it would have to find a way to withdraw troops without altering the status quo of the LAC. India will not tolerate a change in the status quo …

In the eighth round of talks, it was also agreed that the two countries will issue their statements only after mutual understanding. However, Chief of Defense Staff General Bipin Rawat has blamed the incitement and encroachment of China on the LAC for maintaining a tense situation. Not only this, Foreign Minister S Jaishankar also believes that China has so far made different excuses in relation to deployment of troops on LAC. Recently, Defense Minister Rajnath Singh had said that India is fully committed to its defense.