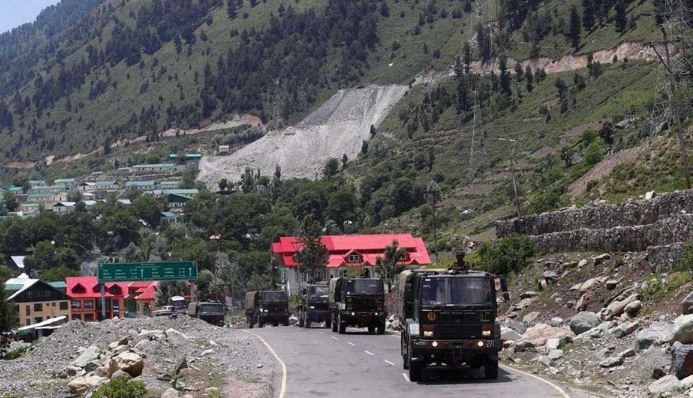 India is going to take a big step in the face of ongoing tension with China on the Line of Actual Control (LAC) and plans to strengthen the Surveillance System for intrusion detection. The activities of China’s People’s Liberation Army (PLA) will be monitored round the clock through drones, sensors, reconnaissance and electronic warfare equipment.

A confrontation with China started in Ladakh in May last year and till now soldiers of both countries have clashed. Meanwhile, China is busy developing fast infrastructure on the Line of Actual Control (LAC). In view of this, India has now decided to make the surveillance system and intelligence gathering system at the border to be of high quality.

According to the TOI report, a source in the Ministry of Defense stated, ‘Persistent troops cannot be deployed along the Line of Actual Control (LAC) like the 778-km-long Line of Control (LoC) with Pakistan. Therefore, there is a need to upgrade the existing monitoring mechanism for gap free coverage and real-time information on LAC.

Sources in the Ministry of Defense said that there are plans to increase surveillance capability from mini-drones and ultra-long-range surveillance cameras to remotely operated aircraft systems to monitor high altitude areas. Along with this, there is also talk of leasing three to four satellite communication-capable Heron UAVs (unmanned aerial vehicles) from Israel to the army. Apart from this, Harrop Comikage Attack Drones are also to be purchased for the Air Force.

According to sources, the Defense Research and Development Organization (DRDO) has almost completed the Border Observation and Surveillance System (BOSS), which has several sensor systems installed. Apart from this, the Indian Army had last month signed an agreement of Rs 140 crore with an Indian company, under which the switch drones of advanced version will be purchased.