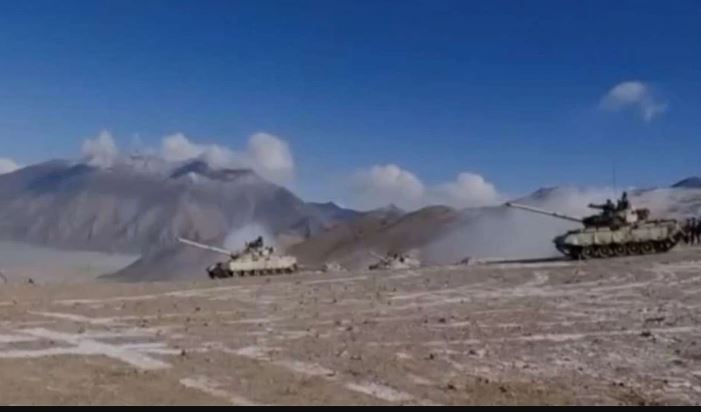 After the agreement with China to retreat troops in Pangog So (lake) area in eastern Ladakh, Beijing and India (India) forces are steadily reducing the number of troops in the area. Both armies are taking their armoured vehicles behind. Sources in the Indian Army said this on Friday.

Sources said that Indian battle tanks and armoured vehicles are being removed from the south shore of Pangong Lake. At the same time, China is also withdrawing its troops from the northern edges of the lake. Sources said that the work of return of armoured vehicles is almost complete. Now the temporary structures built by both sides will be dropped in the next few days.

Sources said that the process of the retreat will take time. At present, both sides are simultaneously carrying out the verification process to recall troops and military vehicles. In the first phase, the return of soldiers and armoured vehicles is coming only from the collision places where the soldiers on both sides completely faced to face.

Defense Minister Rajnath Singh said on Thursday that an agreement has been reached with China to withdraw forces on the northern and southern sides of Pangong Lake. He claimed that India has not lost anything in this conversation. Rajnath Singh said in Parliament that according to the agreement reached with the withdrawal of forces with China in Pangong Lake area, both sides will remove advance deployment in a phased manner.

The Defense Minister said that this success was achieved after the deadlock continued for nine months at the border. Singh said, ‘China (China) will keep its troops in the northern edge towards the east of Finger 8. Similarly, India will also keep its army units at its permanent base Dhan Singh Thapa post near Finger 3. Similar action will be taken by both the parties in the southern edge area also.