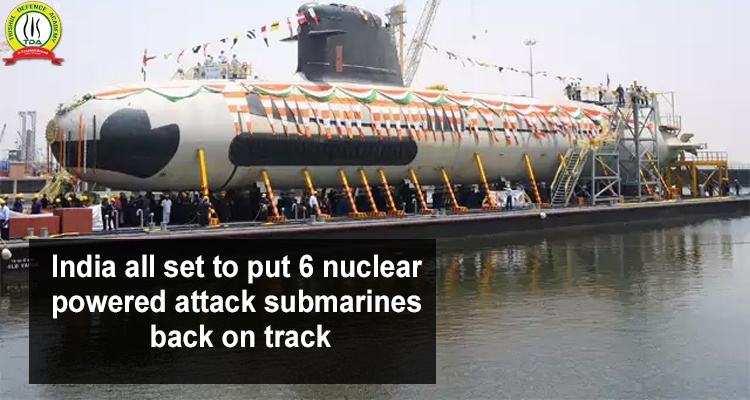 MUMBAI: China’s underwater stealth capabilities are emerging as a major threat concern for India. To thwart China’s aggressive positioning in the Indian Ocean region, the Indian Navy is all set to accelerate the pace of its own capability-building drive. India is looking forward to commission its second aircraft carrier INS Vikrant and second nuclear-powered ballistic missile submarine (SSBN) INS Arighat this year. While INS Vikramaditya and INS Vikrant will be home-based on the western seaboard and eastern seaboard of India, respectively. Each will have one SSBN and SSN as part of its strike force.

To corroborate the claims of India seriously mulling to put 6 nuclear-powered attack submarines back on track, we are citing two recent moves by the Indian Navy. DRDO has recently conducted the final test of the land-based prototype of the Air Independent Propulsion (AIP) system in Mumbai to ensure that diesel attack submarines can remain under surface for a longer period and become more silent than a nuclear-powered submarine. The AIP system will be retrofitted into Kalvari class submarines, the third of which (INS Karanj) was commissioned recently. According to sources, the move is seen as an ongoing plan to build six nuclear-powered attack submarines or SSNs with an eye on China and counter future war threats.