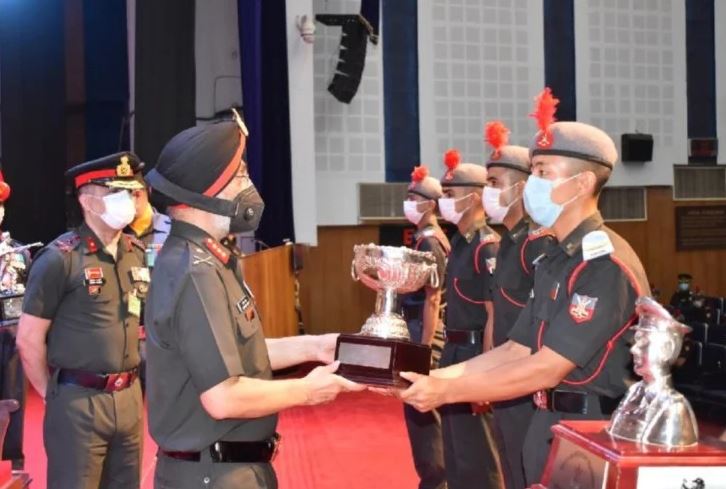 IMA Passing Out Parade 2021 : Gentleman cadets were rewarded for their ability just a few steps away from becoming military officers after completing rigorous training at the Indian Military Academy (IMA). The cadets were honored with individual excellence, rolling trophy and banner in the Pre-POP Award Ceremony held at Khetrapal Auditorium of the Academy on Wednesday.

Governor of Uttarakhand Trophy was awarded to Navsera Company. At the same time, Cadet Arvind Kumar, who stood first in the academics competition, was awarded the Rajput Regiment Silver Medal. The Motivation Trophy was presented to Cadet Kinli Narbu, the most motivated Gentleman of the passing out course. Thimayya Battalion was awarded the Commandant’s Banner for securing the first position in the Inter Battalion Championship. Whereas, the Army Commander Banner was dominated by the Navya Company.

He said that the cadets who have not received the award, should not consider themselves inferior. He has reached this stage only after meeting the high standards of the academy. Said that future military officers should take every challenge as an opportunity. Also learned that patience, courage, knowledge and intelligence are very necessary for a good leader.