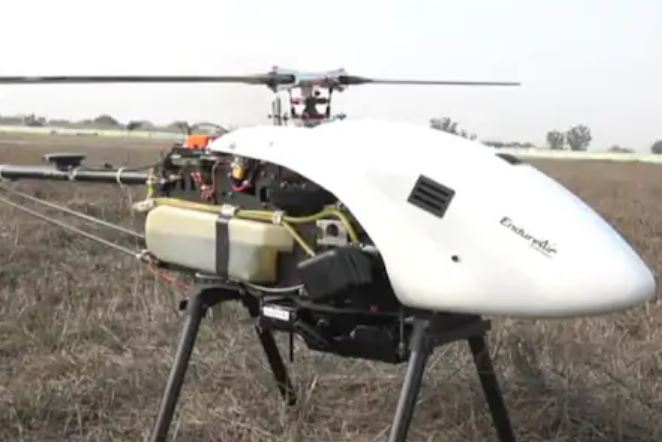 IIT Kanpur has built a lightweight helicopter that will be used to keep an eye on the enemies of the country and save lives in times of fire and other disasters. The Lightweight Helicopter of IIT can carry heavy objects up to 5 kilograms up to 50 kilometres. The way of flying and landing the plane is exactly like a big helicopter. In its category, the country has the ability to fly for the longest time in helicopters present abroad.

Whether it is to deliver medicine like the Corona vaccine to inaccessible areas or to monitor the incidents of uproar in the Red Fort of Delhi on 26 January, Vibram is able to fulfil these responsibilities well. This lightweight helicopter can prove to be very effective for the army.

The helicopter has been built under the supervision of Professor Abhishek of the aerospace department of IIT Kanpur. Pro. Abhishek said that Vibram’s weight is about seven kilos, which can fly at a speed of 120 km per hour. It is capable of flying for up to four hours at a time. Vibram can lift up to five kilos and can carry it up to fifty km. He said that helicopter trials are going on from the army and the National Disaster Relief Force. It is a fully automatic helicopter in which petrol is used as diesel.

They say that it can monitor in many ways. Through the zoom camera, it can monitor the border. At the same time, forest can also use it for fire detection. Keeps two to three times the butter in its category. Confusion does not only carry the goods and monitor, enemies can also be attacked through it if needed. Pro. Abhishek said that it would not be right to say that how enemies can be attacked by this.