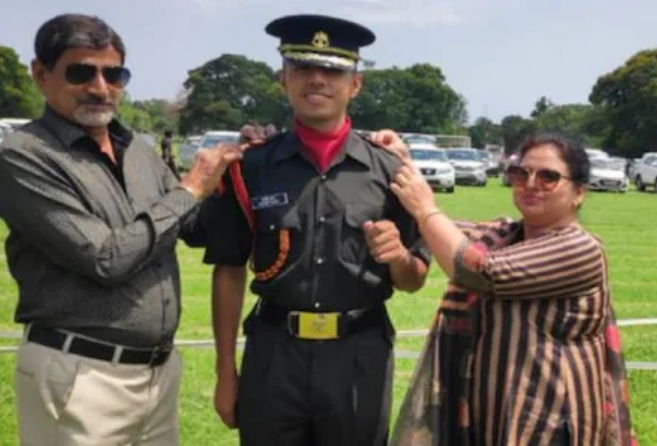 Navneet Madaan, son of Kishore Madan, who lives in Rajendra Enclave in the city, has been selected as a lieutenant in the Indian Army. Navneet’s father is a cement trader. He has a shop near Jindal Chowk. Navneet’s mother Suman Madan is a housewife. Navneet has given the credit of his success to his parents. Navneet’s family is originally from Petwar in Narnaund. Navneet has been selected in the passing out parade Dehradun.

Navneet started his studies from St. Kabir School. After this, he studied from class VIII to X from Siddharth International School. Navneet went to Dehradun for 11th and 12th studies. After this he studied BBA with commerce from Punjabi University Patiala. Navneet has cleared the NDA paper earlier but due to some reason he could not get selected.

After this he decided to do CDS after graduation. Navneet told that he had decided the entire schedule during his studies. He used to study during the day according to how much he had to study in the whole week. He was fond of playing since schooling, he used to play volleyball.