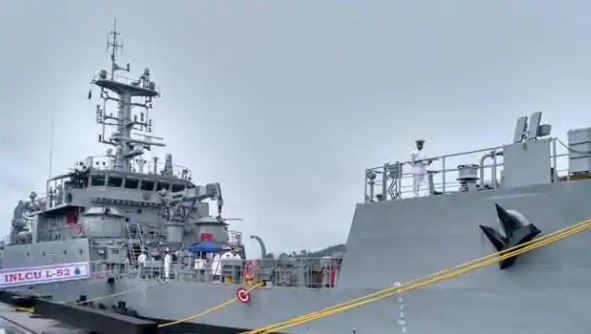 The top officer of the company gave this information.

Rear Admiral (Retd) VK Saxena, Chairman and Managing Director of GRSE, said that this abattoir (capable of running on water and land) would be strategically deployed near the important Andaman and Nicobar Islands, heading towards South China Sea Ahem is close to the seaway. He said that it has been specially designed to carry out military operations in the most inaccessible coastal areas.

Saxena said that despite the challenges of the Kovid-19 pandemic and the lockdown that ensued, Kolkata-based Garden Rich Shipbuilders and Engineers (GRSE) successfully supplied the last vessel to the Indian Navy as part of the eight LCU vessel construction work.

The LCU vessel uses state-of-the-art technology and the company has manufactured it with 90 percent indigenous components. Saxena said, “This vessel is special in world class design and class. It is designed keeping in mind the special needs of the Indian Navy. It can work well in shallow coastal areas with a speed of 15 knots.

He said on Thursday that along with each vessel jawans can also carry battle tanks, personal vehicles and other military vehicles to the coast.

He said the vessel is designed to house 216 soldiers and carries two indigenous CRN 91 cannons that can fire at the enemy during military operations.