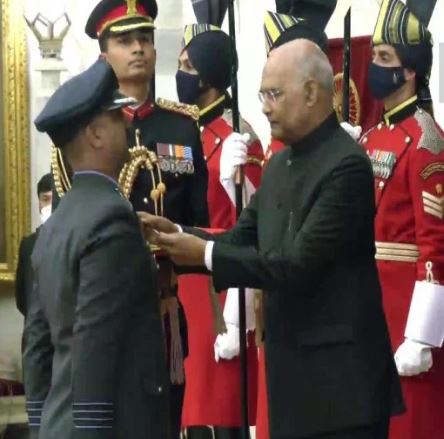 Heroes of the Indian Armed Forces were today honored with gallantry awards by President Ram Nath Kovind. During this, some heroes were also honored posthumously. Prime Minister Narendra Modi and Defense Minister Rajnath Singh also participated in the decoration ceremony held at Rashtrapati Bhavan. At the same time, today was a very special day for the Indian Air Force. In fact, Group Captain Abhinandan Varthaman, who shot down a Pakistani F-16 fighter jet in an aerial combat on February 27, 2019, was today awarded the Vir Chakra by President Ram Nath Kovind. Let us inform that Abhinandan was Wing Commander in the Air Force at the time of Balakot Airstrike but now he has been promoted to Group Captain.

Significantly, on February 14, 2019, Pakistan’s terrorist organization Jaish-e-Mohammed carried out a fidayeen attack on Pulwama. 40 Indian soldiers were martyred in this attack. At the same time, PM Modi had announced to give a befitting reply to this attack. The Air Force did an airstrike in Balakot, Pakistan on the night of 26-27 February.

More than 300 terrorists were killed in the attack by the Indian Army. After which the Pakistan Air Force tried to enter India the very next day itself, but the Indian Air Force drove it away. At the same time, the then Wing Commander Abhinandan was currently flying the MiG-21 at that time. During this, he shot down Pakistan’s F-16. However, later Abhinandan’s plane crashed in the border of Pakistan, after which he was captured by the Pakistani army. Under pressure from India, Pakistan had released Abhinandan after about 60 hours. After leaving, there was a wave of happiness in the whole country. 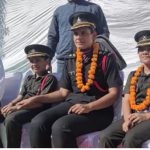 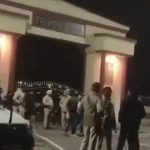