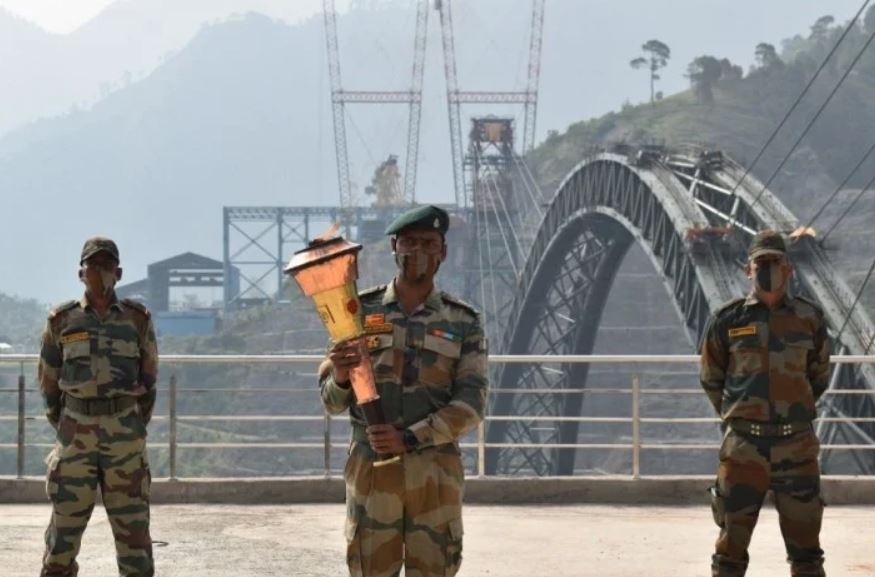 The ‘Golden Victory Torch’ was carried on the world’s highest railway bridge over the Chenab river in Jammu and Kashmir’s Reasi district on Monday. A defense spokesperson has given this information.

Prime Minister Narendra Modi on December 16, on the occasion of 50 years of the Indo-Pakistani War of 1971, lit “golden victory torches” from the Amar Jyoti of the National War Memorial in Delhi and flagged them to different parts of the country.

After passing through the districts of Jammu, Rajouri and Poonch, the commanding officer of the local contingent in Reasi district received the torch in a grand ceremony and then carried it to the world’s highest railway bridge which is built over Chenab river, the spokesman said.

He said that a wreath-laying ceremony was organized in the memory of the martyrs and war heroes of the Indo-Pak war of 1971. According to the spokesperson, ex-servicemen, Deputy Commissioner, Reasi, SSP of Reasi and others paid tributes while Veer Naris and 1971 war heroes were felicitated on the occasion.