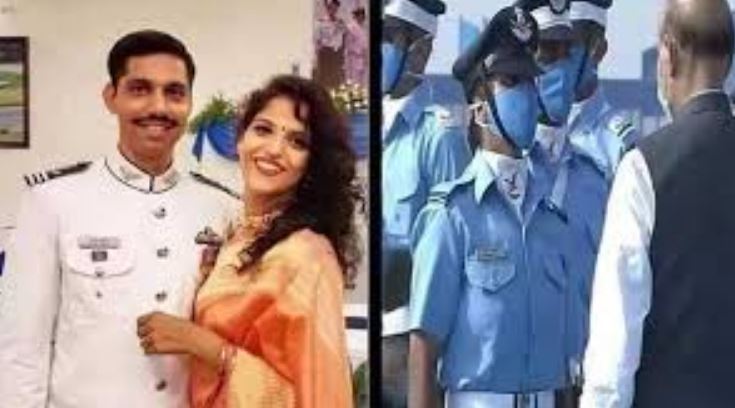 Garima Abrol, the wife of Indian Air Force martyr pilot squadron leader Sameer Abrol, has also become an officer in the Air Force. On 1 February 2019, the squadron leader Sameer Abrol was martyred due to the crash of the Mirage-2000 fighter aircraft. After Sameer’s martyrdom, Garima worked with courage and today she has worn the uniform of the Indian Air Force. The martyrdom of her husband could not weaken her determination and she became part of the Air Force within a year.

Garima was married to Ghaziabad resident Sameer in 2015. Physiotherapist Garima by profession decided to join the Air Force after the death of her husband. She passed SSB examination from AFSB Varanasi. It is also noteworthy that in the 2019 plane crash, another pilot was killed.