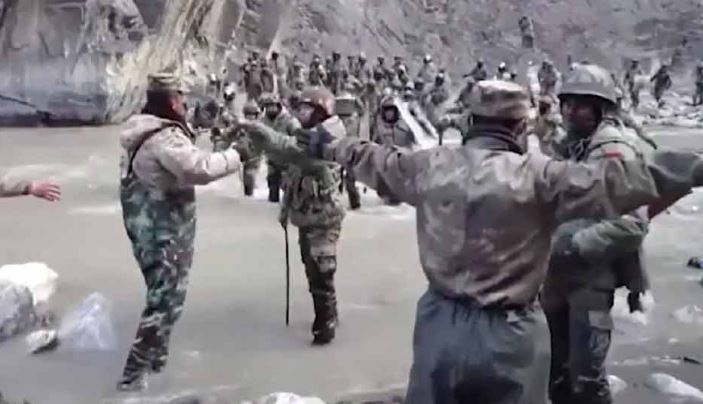 China has also released a video showing the confrontation between Indian and Chinese soldiers, after accepting the truth of the death of Chinese soldiers in the violence that took place last year in the Galwan Valley of eastern Ladakh. The Chinese media Global Times released the video and accused the Indian Army of attacking it. Along with this, China has also shown the photo of its soldiers killed and the tussle that happened with Indian officers. However, there has been no response from India on the video yet.

The dispute over the Line of Actual Control (LAC) between India and China began in May last year, when China objected to India’s road construction in the Galwan Valley of Aksai Chin in Ladakh. On May 5, a military standoff broke out after a violent skirmish between the Indian Army and Chinese troops. After this, Chinese soldiers also got involved with Indian soldiers in Nathu La, Sikkim on 9 May, in which many soldiers were injured. After this, on June 15, there was a skirmish between India and Chinese soldiers in the Galwan Valley of Ladakh, in which 20 Indian soldiers were killed.

For the first time, China has confessed to the deaths of its soldiers and officers in the Galvan Valley. Till now he had been hiding the number of wounded and dying soldiers in Galvan. According to the Chinese Army’s official news paper PLA Daily, the Central Military Commission has given these soldiers a hero status. Among them, the regimental commander of Xinjiang Military Command Qi Faibao has been awarded Hero Regimental Commander for Defending the Border, Chen Hongjun as Hero to Defend the Border and Chen Xiangrong, Xiao Siuan and Wang Juoran as First Class Merit.