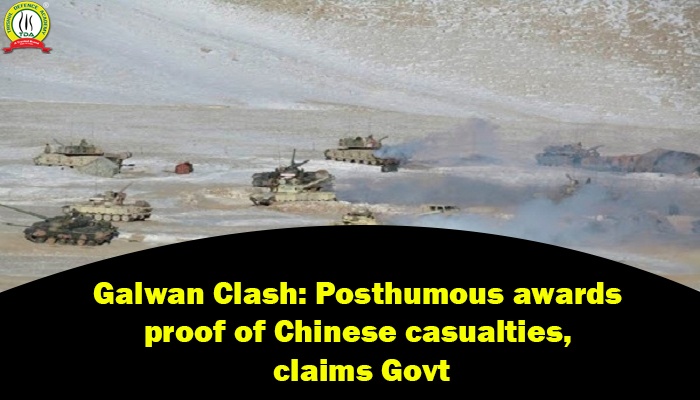 NEW DELHI: Exposing the hollow claims of People’s Liberation Army (PLA), MoS External Affairs, V Muraleedharan while replying to a query in Parliament over China suffering the loss of lives in the Galwan Valley clash last year, pointed out towards the announcement last month by the Central Military Commission of China. “The move by China to posthumously award honorary titles and merit citations to Chinese soldiers vindicate and corroborate our stand that causalities were suffered on both the sides,” he said and added, “These titles were awarded for the role of the soldiers in the faceoff at Galwan Valley in June 2020.” He cited a report published by leading Chinese daily that four soldiers, who were sacrificed in the border violence, were posthumously awarded honorary titles and first-class merit citations by the Central Military Commission of China. A colonel, who sustained critical injuries during the clash, was conferred the honorary title.

He expressed confidence that bilateral dialogue will continue with China to resolve the standoff. In a written reply in Los Sabha, he referred to a statement by Union Defence Minister, Rajnath Singh in which he had said India and China have arrived at an agreement for disengagement on the north and south bank of Pangong lake.