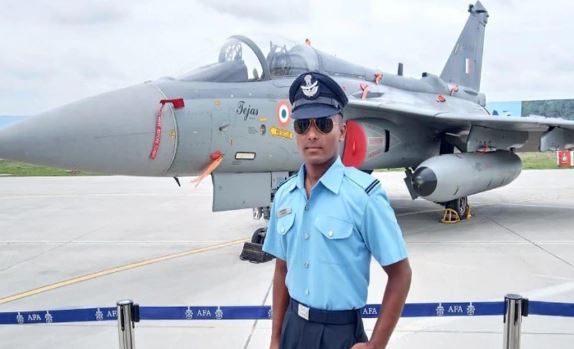 If you are determined to do something, then even the difficulties do not matter. Vizag resident G. Gopinath  is the living example of this. He had dreamed of becoming an officer in the Indian Air Force (IAF) and today his dream has come true on the strength of hard work.

Although she had to overcome a mountain of difficulties to turn the dream into reality, she did not give up. The son of an auto-rickshaw driver, Gopinath has become a flying officer in the Indian Air Force. He obtained the degree of Flying Officer in the ceremony held in Hyderabad.

According to the report of ‘The New Indian Express’, the financial condition of Gopinath’s family was not good. His father has fulfilled the needs of the family by driving an auto for 25 years. Although driving an auto was difficult to meet the cost of home and child’s education, but despite this, his father did not lose courage and gave better education to the children. The result of which is in front of us today.

Gopinath’s father wanted him to become an engineer, but he decided to join the force like his grandfather. His grandfather was serving in the Indian Army. The most important thing is that Gopinath is the only candidate elected from the Telugu state. Earlier, Gopinadh had joined the Air Force as an airman, but his dream was to become a flying officer. He continued to study from distance and also work.

Gopinath told that he knew that his father did not have money. He works hard and makes a living for the family. In such a situation, he focused only on studies. Sister Gauri told that she had faith in her brother’s ability. Gauri said, “Ever since Bhai joined the Vizag Defense College, he was confident that he would definitely become a flying officer one day”. Gauri said that the father is most happy with the success of his brother.