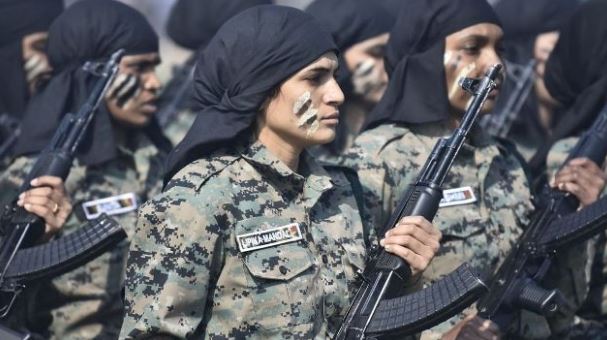 Now women soldiers are being included in the Cobra squad. A total of 34 women commandos have been selected from all the six women battalions of CRPF. They will be given three months of rigorous training. The CRPF has selected the first batch of women commandos to be included in its prestigious Cobra unit to take on the Naxalites.

According to the CRPF, they will be taught to operate modern weapons during three months of training. In addition to increasing physical abilities, training will also be given on planning, field craft and use of explosives. They will also be taught how to protect themselves after being surrounded while taking a front from Naxalites in the forest. These women commandos will be deployed in Naxal-affected areas along with male commandos after successfully completing the training.

Commando battalion ‘Cobra’ was formed in CRPF in 2009 for intelligence information based jungle warfare operations. Till now only male personnel have been serving. Most of the commandos of the Cobra battalion are stationed in various states affected by Maoist violence while some of its commandos are stationed in the northeastern states for counter-insurgency operations.

The Home Ministry had approved the formation of ten battalions of cobras to carry out operations like guerrillas and jungle fighting with the aim of fighting the Naxalites. Soldiers who are inducted into the Cobra Battalion have to work hard at the mental and physical level. Cobra commandos are chosen from among the soldiers recruited in CRPF.

The 88th female corps of CRPF was formed in the year 1986. It is noteworthy that CRPF, formed for the purpose of internal security, has women personnel since 1986, when its first women battalion was formed. At present, there are six such units in the security force. It is said that there are about 3.25 lakh personnel in the force and it is the largest paramilitary force in the country.