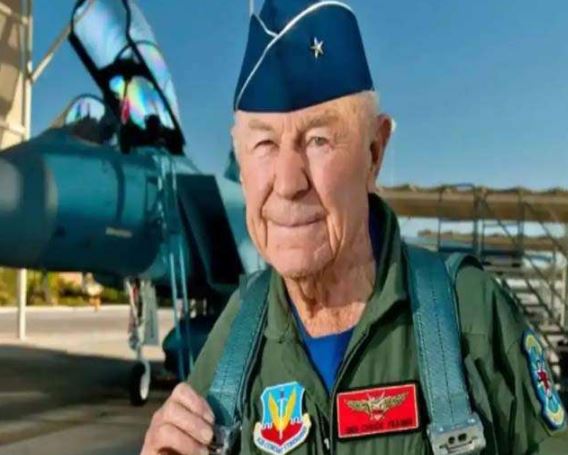 General Chuck Yeager, the first pilot to break the first sound barrier seven decades ago, died at the age of 97. The way to space was open only after Chuck flew a plane faster than sound. His death was shared by wife Victoria on Twitter.

Renowned as a great pilot, General Chuck Yeager arrived in the US Air Force in 1941. Chuck was identified in World War II when he flew P-51 aircraft and was credited with the downing of 12 aircraft. Five of these planes were dropped during a single flight. He broke the sound barrier with his Bell X1 aircraft on October 14, 1947, at the age of 24.

These fighter aircraft were flown at an altitude of 26 thousand feet from the Mojave Desert of California. It was unbelievable at that time that he would be able to control the aircraft going at high speed to break the barrier of sound, but this was done by Chak. He named the aircraft after his wife Glenis. Chuck shares his experiences in breaking the sound barrier in his 1985 book I Was Thunderstruck.

READ MORE : One-third Salary of JCOs and Army soldiers will not stop