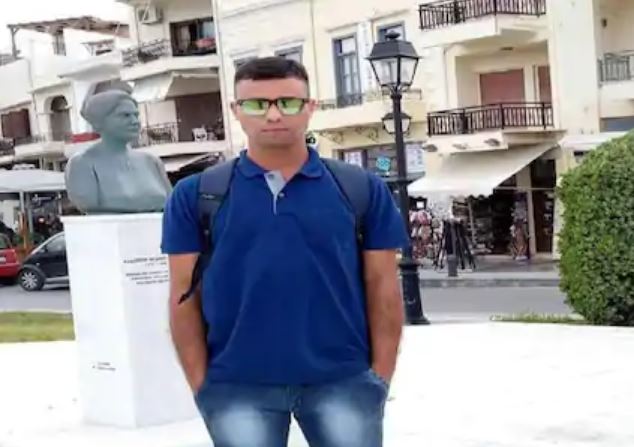 Mortal remains of Navy sailor Suraj Dubey reached Ranchi from Mumbai on Sunday evening. He was paid tribute at Ranchi Airport. During this time, the atmosphere at the airport became turbid. Family members were in a weeping state. The family demanded a CBI inquiry into the incident. Naval personnel and family left for Palamu from Ranchi airport with the body.

The uncle of the deceased sailor Suraj Dubey said that even after being burnt by the criminals, Suraj came 3 km and informed about the case. He demanded a CBI inquiry into the matter, saying that Suraj was kept in Chennai for 3 days and then tied up in a car and brought to Maharashtra. Petrol was burnt alive in the Palghar forest.

Suraj’s elder brother Neeraj Dubey said that the Maharashtra Police called us and told that Suraj was kidnapped for ransom. But we did not receive any ransom call. Then came the news of burning him alive in Palghar, Maharashtra. My naval brother was serving the country. There is a big conspiracy behind his murder. There should be a CBI inquiry into this matter. Navy sailor Suraj Dubey was a resident of Kolhua village in Chanpur police station area of ​​Palamu. On 30 January, he left Palamu to join duty. He was to go to Coimbatore but he went missing from Chennai Airport. On January 1, the information was received from the Navy base for not reaching their duty. On last Friday night, Suraj was found in 90 percent burn condition in Palghar, Maharashtra. He died on Saturday while undergoing treatment in Mumbai.

According to the Maharashtra Police, Suraj was abducted from Chennai Airport and the miscreants took him to Palghar and burnt him alive. Weeds have been mourning in Kolhua village due to the news of Suraj’s death. He will be cremated on the banks of the river Koyal on Monday.