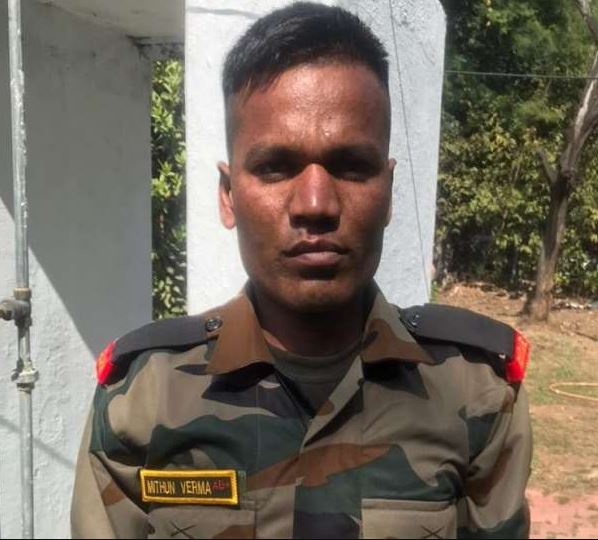 In Madhya Pradesh, the Army Police near the military cantonment Mhow near Indore has arrested a man wearing a soldier’s uniform. He also visited the cantonment area on the occasion of Republic Day. During this time he also took pictures of many places.

Taking pictures of the tricolor on the Mall Road of the city, he was seen by army personnel and questioned. He described himself as an army soldier and, when asked about the deployment, asked to be posted in Bihar Regiment at Mhow.

An officer said that the accused was wearing the uniform of this regiment, but there were some flaws in it. The sign of the Bihar Regiment on his cap was inverted. During questioning, he showed an identity card on a mobile phone, which belonged to someone else’s CSD canteen. He could not give satisfactory answers to many more questions. After this, the Intelligence Unit of the Army was informed. The Intelligence Unit also questioned him. However, he was then handed over to the local police.

According to information received from the police, the name of the arrested person is Mithun son Ramprasad, resident Rajgarh. He is a security personnel at Kaparo Company in nearby Pithampur. Police said that his dream was to join the army and he also tried several times, but the selection was not done. He was fond of resembling a soldier, so he roamed around wearing an army uniform. On Tuesday, he came to visit in a similar manner but was caught because of the eye of the soldiers.