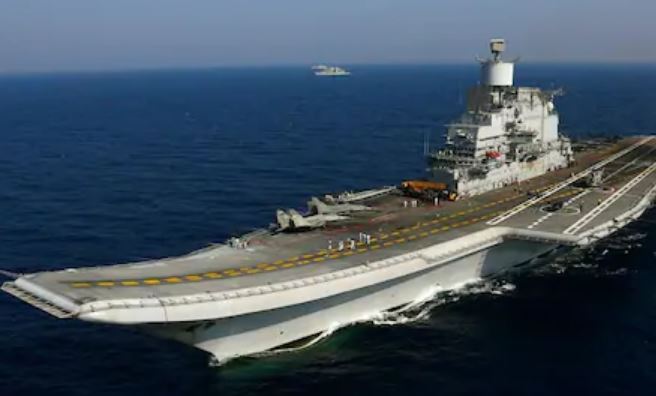 The Indian Navy and the Indian Coast Guard will conduct ‘Sea Vigil’ exercises on Tuesday and Wednesday to deal with any threat to the country by sea. An official gave this information. The official said that this is the second version of a wide-ranging exercise in all coastal states and union territories. The Western Naval Command Headquarters commanded coastal defense officer Capt. Ajay Yadav said that every aspect related to the strengthening of coastal security in the country will be reviewed through it and all the participants related to the region will participate in it.

The Navy, Indian Air Force, Indian Coast Guard, Border Security Force, Police, Revenue, Central Industrial Security Force and others will participate in it. The practice will have extensive use of technical structures and will also review the effectiveness of the fisherman community called ‘eyes and ears’ for early warning of any danger.

Yadav said that the Space-Based Automatic Information System (AIS) has been deployed on ships so that it can be monitored in real-time by the Information Management and Analysis Center (IMAC) Gurugram. Campaign Sagar Kavach is being conducted since 2009 to review preparations related to coastal security and at least 240 expeditions have been conducted so far.

The Indian Navy said, “The scope of this exercise is huge in terms of large geographical area, high number of people involved, number of participants and units to participate in the exercise and purpose.” He said, “This exercise will provide a realistic assessment of our strengths and weaknesses in the maritime sector at a high level and will therefore help in strengthening shipping and national security.”