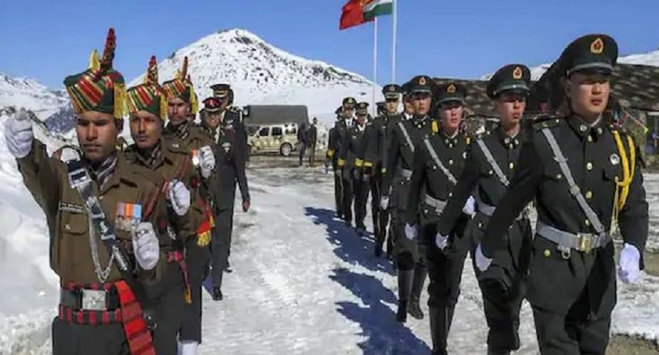 India and China on Friday agreed to hold the next round of military-level talks at an early date to achieve the objective of completely withdrawing their troops from the remaining areas of conflict in eastern Ladakh.

Both the countries agreed on this in the background of the latest statements amid the ongoing standoff in eastern Ladakh. According to the statement of the Ministry of External Affairs, on Friday, June 25, the 22nd meeting of the Working Mechanism for Consultation and Coordination on Border Affairs (WMCC) between India and China through digital medium was held in which both sides exercised control over the border areas in the Western Sector. Openly exchanged views on the situations related to the Line (LAC).

Both sides agreed to continue negotiations for a mutually acceptable solution for the complete withdrawal of troops from all conflict sites. According to the ministry, “Both sides agreed on the need for early resolution of the remaining issues along the Line of Actual Control in eastern Ladakh as agreed between the foreign ministers of the two countries in September 2020.” The talks between the two sides have come at a time when fresh rhetoric has emerged between the two sides regarding the issue of standoff and withdrawal. Both sides withdrew troops from the northern and southern banks of the Pangong Sho lake in February.

According to the statement of the Ministry of External Affairs, in this regard, both sides agreed to continue the dialogue and dialogue through diplomatic and military mechanisms, in order to find a way out on the basis of mutual consent for a complete withdrawal from all areas of conflict. To restore complete peace and harmony and pave the way for progress in bilateral relations. According to the statement, both sides agreed that till then both sides will continue to maintain stability at the ground level and ensure to prevent any untoward incident.

The ministry said the two sides agreed to hold the next (12th) round of senior commander level talks at an early date to ensure a complete withdrawal from all areas of conflict along the LAC in the western sector based on existing bilateral agreements and protocols. objective can be achieved. The last round of military-level talks was held on April 9.

India was represented by Additional Secretary (East Asia) in the Ministry of External Affairs at the meeting of the Working Mechanism for Consultancy and Coordination on Border Affairs (WMCC). The Chinese delegation was represented by the Director General of the Border and Maritime Department in the Ministry of Foreign Affairs there. However, on the issue of border standoff, fresh rhetoric between the two sides has come to the fore this week.

India on Thursday alleged that China’s mobilization of a large number of troops in the border areas of eastern Ladakh last year and unilateral attempts to change the status quo along the Line of Actual Control (LAC) were responsible for the ongoing military standoff in the region. are responsible and these steps are also in violation of the India-China bilateral agreement.