Drone seen again near Military Station in Jammu, Army denied any such incident | Best Defence Coaching Skip to the content 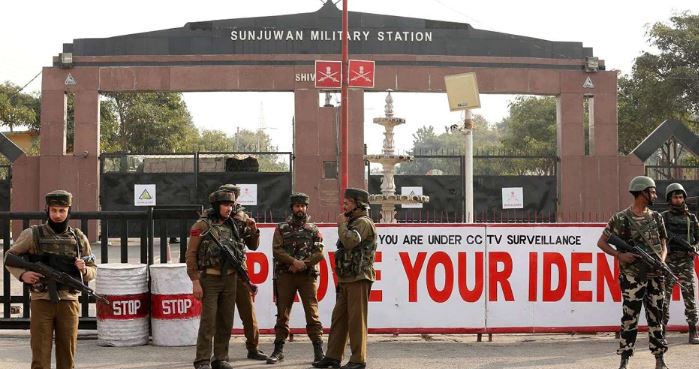 After a failed attempt to target the Kaluchak Military Station in Jammu, now another drone has been seen near the Sunjwan Military Station. Sources said that the security forces spotted a drone at around 3.30 am in Sunjwa area. However, the army has denied any such incident.

Drones have been seen hovering over military installations in Jammu for the third time in three days. Earlier on Monday, two drones were seen near the Kaluchak Military Station in Jammu. However, after the firing by the army, both the drones disappeared from there. Earlier, there was a drone attack on the Air Force station.

Earlier, the Air Fort station in Jammu itself was targeted with the help of drones on Saturday night, although the two blasts here did not cause much damage. Security agencies including the NIA team are engaged in the investigation of these blasts, but they have not been confirmed as terrorist attacks yet.

It is believed that this act has been carried out from across the border. According to experts, the terrorists wanted to target the Air Force helicopter present in the air station but they missed their target. Had the Air Force properties been damaged, it could have been considered a major attack. These drones were launched from a few kilometers away from the Air Force Station.

In view of the threat of drone attack in Jammu and Kashmir, the army is on alert and vigil has been increased on military bases. Apart from Jammu, strict surveillance is being done around important military bases in Pathankot. Let us tell you that five years ago there was a terrorist attack on the Pathankot airbase.