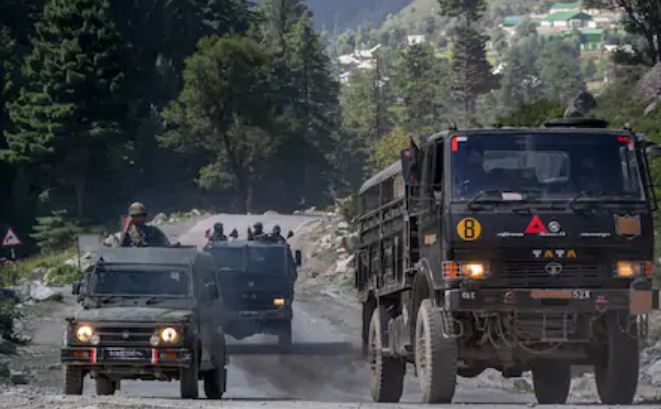 The Defense Research and Development Organization (DRDO) has developed several products for 50,000 troops deployed to combat China in eastern Ladakh. These include snow-heating heating equipment and many tools to help soldiers fight enemies by melting ice in extremely low temperatures. The Himak Tapa Space Heating Device (Bukhari) has been developed for the Indian Army deployed in eastern Ladakh, Siachen and high altitude areas and orders for more than Rs 420 crore have been placed for these devices. Director of DRDO’s Defense Institute for Physiology and Allied Sciences, Dr. Rajiv Varshney gave this information to the news agency ANI. He said that the device will ensure that the soldiers do not die due to backblast and carbon monoxide poisoning.

DIPAS, which conducts physical and biomedical research to improve human performance in extreme and wartime environments, has also developed ‘Alkol Cream’ to prevent frostbite and other cold injuries to soldiers deployed in highly sensitive areas. Helps. It has also developed a ‘flexible water bottle’ and ‘solar snow melter’ to solve the problem of drinking water in cold temperatures.

Dr. Varshney said that the army has given orders worth Rs 420 crore to the makers of snow tapers. Varshney said, “The Indian Army has placed orders worth Rs 420 crore to the manufacturers of this equipment and they will be deployed in all the new houses of the Army and Indo-Tibetan Border Police (ITBP), where the temperature is low.” He said that the new heating device has three improvements over earlier devices developed by DIPAS.

He said, “We have developed a better space heating device called Bukhari. It has three improvements. First the consumption of oil in this device is almost half and according to our calculations, we will be able to save about Rs. 3,650 crores in a year. Soon it will be deployed at all deployment points of the army.

He adds that “Secondly, at higher altitudes, the wind speed is also higher. With that speed, there is a backblast. With this design, there is no backblast. Even if some wind is blowing, the device Has three horizontal double-layered plates that can cut air, so there is no explosion. It is a blast proof Bukhari. The third is that the device is a 6 liter capacity device, and the combustion is 100 percent. Therefore, There is no chance that it can produce carbon monoxide and other dangerous gases.