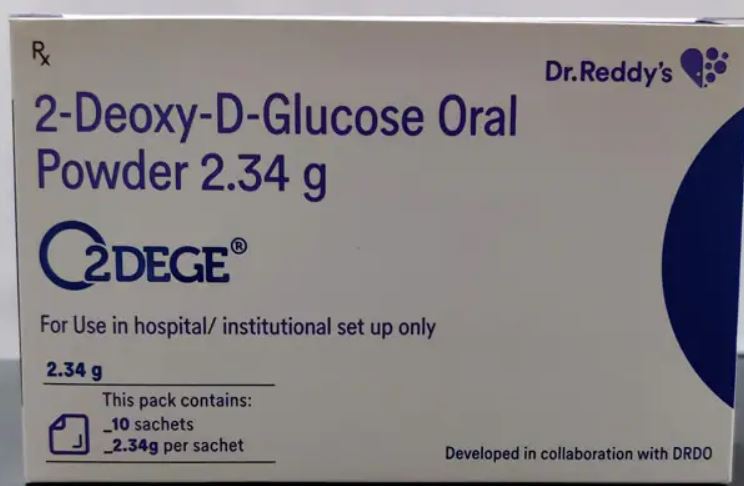 Coronavirus pandemic has wreaked havoc in most parts of the world, including India. DRDO scientists have created this anti-covid drug called 2-deoxy-D-glucose. Defense Minister Rajnath Singh and Health Minister Harsh Vardhan launched the first batch (10,000 doses) of this medicine.

Research has been underway since last year on the effects of Covid-19 on all drugs such as hydroxychloroquine, remedicivir, ivermectin, but 2DG is the first drug to be called an anti-covid drug. Let’s know everything about it.

2DG has been developed by the Defense Research and Development Organization (DRDO) Institute of Nuclear Medicine and Allied Sciences (INMAS). Researchers from Hyderabad-based Dr. Reddy’s Laboratory (DRL) also contribute to this. Only DRL will make this medicine for the general public. This medicine will be available in the form of a powder.

Last year, when the first wave of Covid-19 started in India, INMAS scientists started working on it. In May 2020, the Drug Controller General of India (DCGI) approved the Phase 2 trial on Kovid patients of this drug. The trial lasted till October.

The trial revealed that the drug Covid is safe for patients and also helps in recovery. Following the results, DCGI approved the Phase 3 trial in November 2020. Ultimately, on 9 May 2021, DCGI approved the emergency use of this drug based on trial data.

According to Dr. Anil Mishra, director of INMAS, 2DG captures the virus that makes up its copy. That is, if there is any variant of the virus, he will need to eat it and as soon as he moves to satisfy his hunger, this medicine will trap him.

According to Dr. Mishra, after taking this medicine, the demand for oxygen increases as the virus rapidly multiplies. Once that process is stopped, the crisis of oxygen will also end.

Nothing has been said about the price yet. According to Dr. Chandana, Dr. Reddy’s Laboratory will take a decision in this regard. Although he said that the drug should be affordable, it would be taken care of. According to sources, the price of a sachet can be between 500 and 600 rupees.