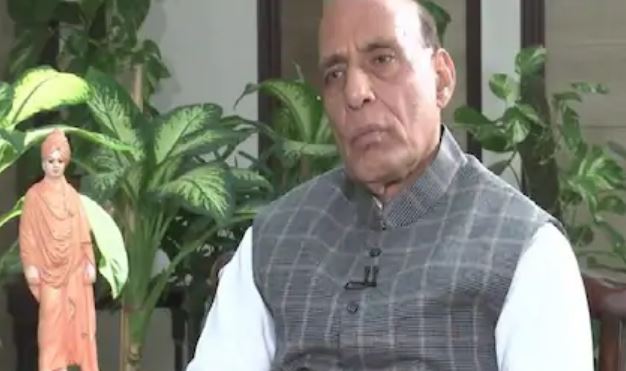 Defense Minister Rajnath Singh made a big statement on Wednesday amid the ongoing border dispute with China in eastern Ladakh. Rajnath Singh says that the Ladakh Border Dispute on the Ladakh Border Dispute with China has not yet come to any concrete conclusion. The status quo remains on the LAC. The Defense Minister said, “The process of negotiations with China is going on; another level of military level is to be discussed soon. However, whatever has been discussed so far has not yielded any results, the status quo still remains, but that too is not correct.

Talking to the news agency ANI, Defense Minister Rajnath Singh said that if a country adopts the policy of expansionism, then India has the power to stop it from staying in its land.

Rajnath Singh said, ‘India-China have a dispute over the border for a long time, in such a situation it would have been good if they had already ended. If it had ended, today’s situation would not have happened. China is constantly building infrastructure on its side, but India is also working for its army and civilians. We are doing this for our convenience, not to attack anyone.

He said, ‘There will be no shortage in our deployment. I think his deployment will not be reduced. I do not think the status quo is a positive outcome. Negotiations are going on and they give a positive result, that is our expectation.

On being accused of being pro-Khalistani on the farmers involved in the peasant movement, Rajnath Singh said that farmers should not be accused of this kind. He said, ‘We respect the farmers, they are our feeders. The government is ready to discuss every issue of agricultural law with farmers, new laws are for the benefit of farmers. If anyone has any problem, the government is ready for discussion.

At the same time, for the opposition, Rajnath Singh said that he was born in a peasant family, in such a situation, he knows more about farming than Rahul Gandhi. Agricultural laws have been brought for the benefit of farmers.