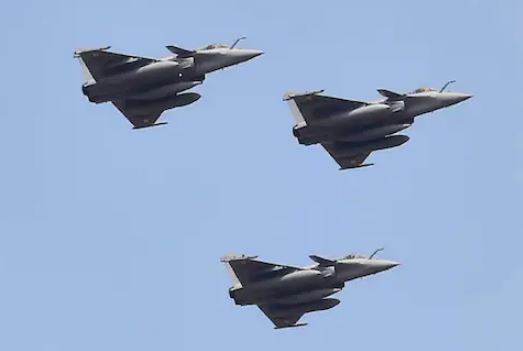 Indian Air Force (IAF) is likely to operationalize the second squadron of the Rafale fighter jets by the end of July and will be stationed at the Hashimara air base in West Bengal. The first squadron of Rafale aircraft is stationed at Ambala Air Force Station in Haryana.

The first consignment of five state-of-the-art Rafale fighter jets arrived in India on July 29, 2020, nearly four years after India signed an inter-governmental agreement with France for the purchase of 36 aircraft at a cost of around Rs 59,000 crore.

Five French-made multi-role Rafale fighter jets were formally inducted into the Indian Air Force on September 10 last year at a ceremony in Ambala.

Indian Air Force officials said the second squadron of Rafale would be operationalized by the end of July at the next main operational base in Hashimara. There are about 18 aircraft in a squadron.