Defense Ministry's reply to Rahul Gandhi's comment, 'India has not given up any claim on any region' | Best Defence Coaching Skip to the content 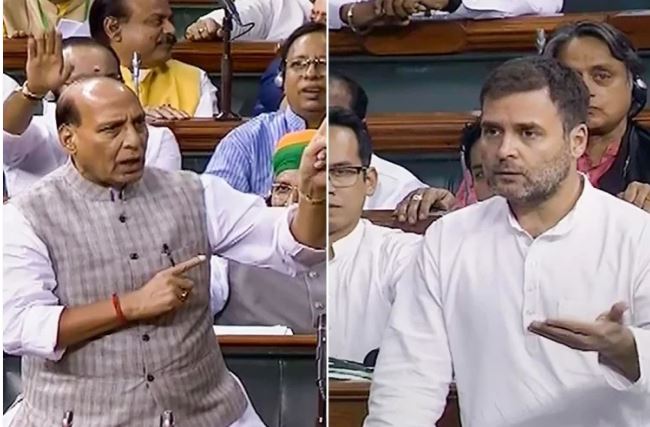 Ministry of Defence said on Friday that India has not left any claim from any region, compromising on the process of repelling troops in the Pangong Tso (lake) area of ​​eastern Ladakh. At the same time, other pending problems including Depsang, Hot Springs and Gogra will be taken up in the upcoming negotiations between the military commanders of the two countries.

The government’s statement comes after a comment by former Congress president Rahul Gandhi in which he alleged that “the government gave a piece of Mother India to China”.

The Congress leader also questioned the agreement on the process of repulsing the troops. On this, the BJP also retaliated on Gandhi’s allegations. After Rahul Gandhi targeted Prime Minister Narendra Modi on the issue of India-China border deadlock, BJP on Friday hit back at him. The party president JP Nadda called the Congress leader’s allegations false and asked whether it was not an insult to the armed forces that are leading the withdrawal process.

Nadda described Rahul Gandhi’s press conference as a new version of the Congress circus in which he attacked the Prime Minister. The BJP president asked in a tweet that ‘Why is he (Rahul Gandhi) making a false claim that the withdrawal of forces is a loss for India? Is it part of the Congress-China MoU? ‘

The Ministry of Defense has also termed the fact that there is Indian territory up to ‘Finger 4’ in Pangong area. The Defense Ministry issued a strongly worded statement that India has not given up any claim on any area as a result of the agreement. On the contrary, it ensured respect for LAC and has unilaterally prevented any change in the status quo.