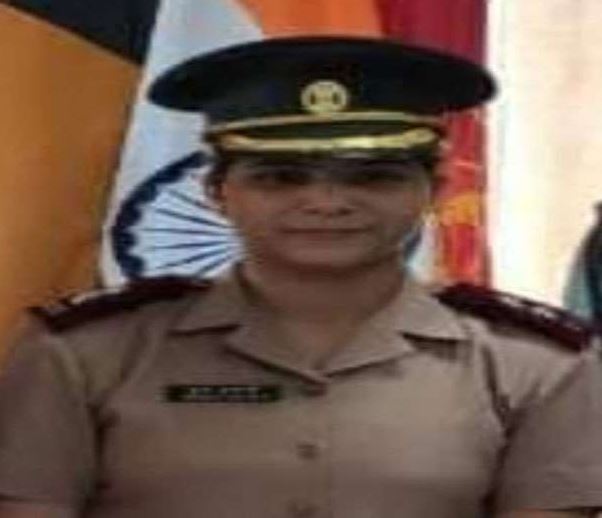 Poonam Kukreti, daughter of Kudiyal Gram Sabha (Sons) of Raipur development block of Dehradun, has become a lieutenant officer in the Medical Corps of the Indian Army on the basis of her hard work. She has also joined Bareilly Military Hospital. On the success of Poonam Kukreti, there is an atmosphere of happiness in the family and relatives as well as in the village area. Poonam Kukreti passed Intermediate in first class from Government Inter College Thana.

She completed her B.Sc Nursing from Swami Ram Hospital Jollygrant B.Sc Nursing after passing in first-class also became lieutenant in Indian Army through SSC. Her father Ramesh Kukreti and mother Vijay Lakshmi Kukreti described Poonam’s success as the result of her hard work and dedication.

Mahesh Kukreti, head of Kudiyal Gram Sabha, said that there is an atmosphere of happiness in the entire rural areas due to Poonam Kukreti becoming a lieutenant. She has become a role model for the youth, especially for the girls. District Panchayat member Ashwani Bahuguna, Ramnagar Danda head Ravindra, Ramesh Solanki, Anil Solanki, Kishore Solanki, Surendra Uniyal, Dinesh Kothari, Radheshyam Bahuguna, Jagdish Rural, Anil Teerthwal also described it as an achievement for the village.