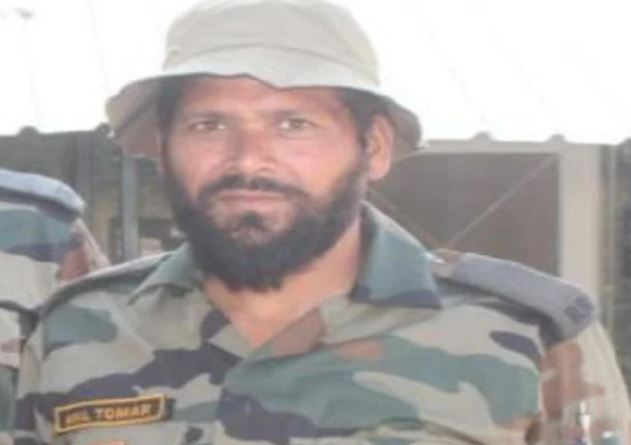 Havildar Anil Kumar Tomar of 23 Rajput units of the Indian Army was currently stationed in the 44th RR Rifles in a deadly platoon in Shopian, Jammu and Kashmir. According to family members, on the night of December 25, he was on a special operation with his platoon.

The terrorists opened fire suddenly. Anil Tomar was admitted to the hospital in Srinagar after multiple gunfire in the encounter. On Sunday, Anil Tomar’s partner called the family and told them that the operation had been done, the bullet had been fired.

After this, on Monday afternoon, Army officials called and informed that Anil Tomar has been martyred. The family members are unconscious after receiving news of the martyrdom of the young son. Anil Tomar’s brother is also in the army. They have reached Kashmir.

The family consists of father Bhopal Singh Tomar, mother Kusum, wife Meenu Tomar, 14-year-old daughter Tanya and eight-year-old younger son. On Tuesday, the body of Anil Tomar will be brought to the village. There is a wave of mourning throughout the village. Family members are in a bad state.