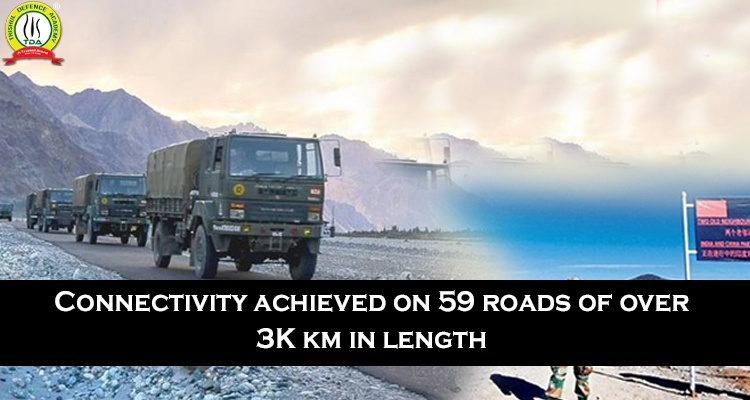 NEW DELHI: Perturbed over recent clashes and aggression exhibited by the Chinese Army in recent years, the Government of India has accelerated the pace of sprucing up arrangements and infrastructure along the China border. Queries over the preparedness of India in terms of infrastructure development along the China border was raised in the Parliament.

Union Defence Minister, Rajnath Singh in a written reply handed over in Rajya Sabha reads as follows: “Connectivity has been achieved on 59 roads with a total length 3,205 km along the India-China border. 61 India-China Border Roads (ICBRs) with a length of 3,323.57 km were earmarked as crucial and the responsibility for construction had been entrusted upon Border Roads Organisation (BRO).

Significantly, the construction of 42 roads with a length of over 1.5K km has been completed. Rajnath Singh has also informed that 10 ICBR roads are scheduled to be completed within this month and work on seven other roads will be finished by March next year and furthermore, two roads by March 2023.