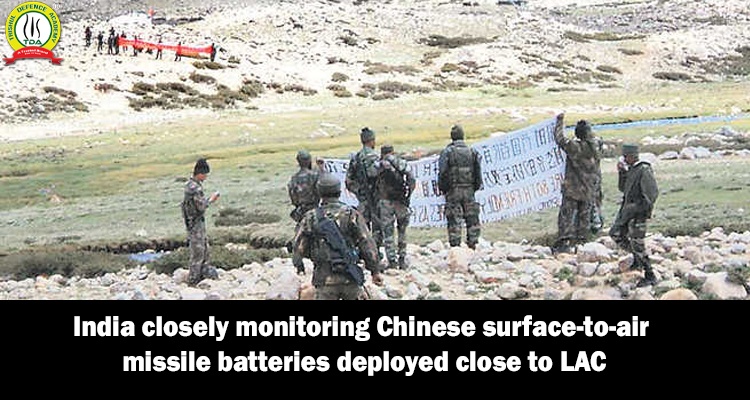 NEW DELHI: Chinese surface-to-air missile systems, including the HQ-9 air-defense system with a 250-kilometer strike range, are still stationed in Ladakh, close to Indian territory. According to top government sources, Indian agencies are closely monitoring these air-defense batteries, which could pose a danger to Indian fighter planes and helicopters operating in the area. The Chinese side seemed hesitant to disengage from the remaining pressure points at Gogra Heights, Hot Springs, Depsang Plains, and CNN Junction near Demchok during high-level talks.

“The Chinese People’s Liberation Army has continued to deploy surface-to-air missiles near Indian territory, including the HQ- and HQ-22,” they said. The HQ-9 air-defense missile system can track and strike targets up to 250 kilometres away. According to the information, “we are keeping a close eye on the air defence systems and other assets stationed there.” Despite the fact that the two countries have disengaged from the Pangong Lake region, both sides’ deployments remain firm.

India has also stated that it would seek de-escalation only if the Chinese disengage from the points of contention. The Indian Army and other security forces have begun returning to Ladakh and other mountainous areas along the Line of Actual Control for summer deployments. Since last year, both armies have had a large number of troops stationed at the border.