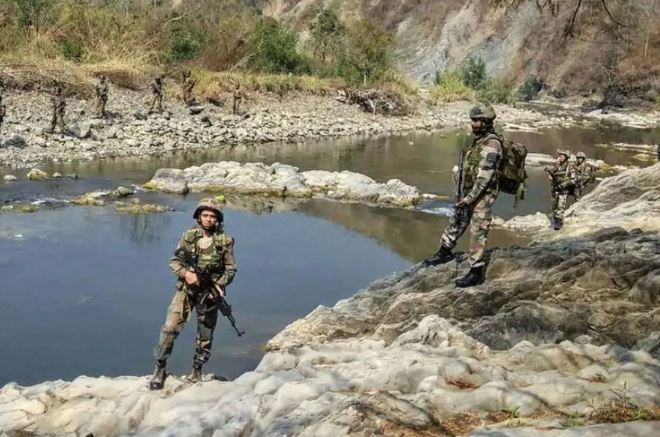 China has said that India and the Chinese Army have retreated from the northern and southern sides of Pangong Tso lake since Wednesday. On behalf of India, Defense Minister Rajnath Singh also said in the Rajya Sabha that it has been agreed to withdraw the army between the two countries. According to Russian news agency TASS, at least 20 Indian and 45 Chinese soldiers were killed in a clash between the Chinese and Indian Army after May 2020. After this incident, India and China increased the deployment of about 50,000 troops in the region.

A spokesman for the Chinese Ministry of Defense has claimed that this step has been taken after concurrence in the ninth round of commander level talks between India and China. Following the 16-hour long marathon ninth round of military talks, the two countries issued a joint statement stating that they would insist on the swift withdrawal of border troops stationed in disputed border areas near the Line of Actual Control (LAC) Have agreed to.

For the first time in the talks between the two armies, such a positive attitude was shown. On behalf of China, it has been said that both sides agree that the troops deployed along the border will continue to maintain restraint so that the situation on the LAC can be kept stable and under control.

Since May last year, the Indian Army and the Chinese Army have been face to face near Pangong Lake in Ladakh and LAC in the Tibet Autonomous Region. There was a deadlock between the two armies. Violent clashes between the armies were also seen.

One of these major clashes was seen in the Galvan valley of eastern Ladakh on the night of 15–16 June, in which 20 Indian soldiers were killed. There were also reports of more than 40 Chinese soldiers being killed in the skirmish. In the face-to-face situation, India deployed large-scale security forces in Ladakh.

In July, the deadlock between the two sides in the Galvan valley of Ladakh was lessened, but the standoff continued at key points in Pangong Lake and the PP17A area. In August, Indian troops with LAC established their reach at several strategic heights in the Chushul sector.

However, several rounds of talks continued at the diplomatic and military levels to end the deadlock between the two countries. On 24 January, the ninth round of the Corps Commander level meeting was held. During this time, it was decided to withdraw the army.