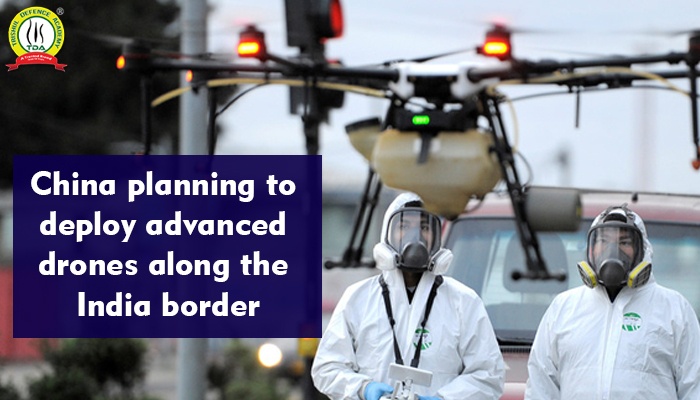 NEW DELHI: Reports published in a leading Chinese daily suggests that one of their legislator Hou Yun, who also serves as a commander with China’s People’s Liberation Army (PLA) Tibet military command has proposed deployment of fixed-wing drones, such as the GJ-1 and GJ-2 armed reconnaissance drones along the India border for heightened security. However, the proposal is still in the initial stages and Hou Yun is seriously mulling to put forth the idea for discussion before the Chinese Parliament.

It is worth mentioning that the Chinese Army had deployed small or medium-sized drones during the recent standoff with the Indian Army but their strength and capabilities in terms of strategic defence tool and inspection capacity during foggy weather are limited. Moreover, they are prone to get dysfunctional during rain.

The statement issued by Hou Yun aims to resolve three key bottlenecks in terms of strategic security. Optimum utilization of cutting edge drones will go a long way in ensuring that China’s People’s Liberation Army carve a niche by keeping a watch on the Indian Army, hearing their conversation and reaching isolated places. This is exactly where the need of advanced drone steps in. And the annual convening of China’s National People’s Congress (NPC), or Parliament, on March 5 is expected to address the issue and gives consent for the wider deployment of more advanced drones along with border areas.