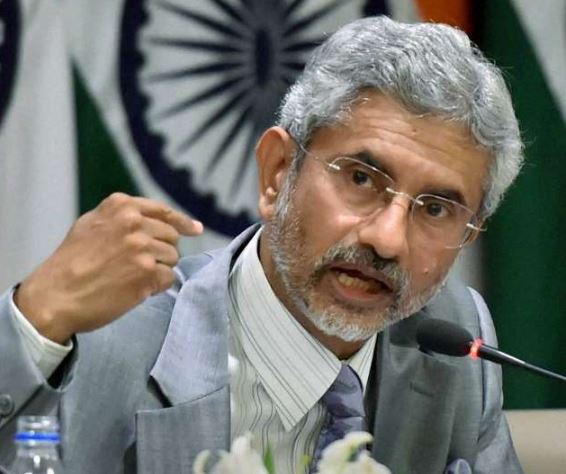 Foreign Minister S. Jaishankar said on Saturday that India was being tested in the seven-month-old tensions with China along the border in eastern Ladakh, but the country would face national security challenges. Describing the incidents on the Line of Actual Control (LAC) as extremely disturbing, he said that what happened is not in China’s interest as they are likely to lose the goodwill in India that was carefully developed in recent decades. Much effort was made from both sides to develop these relations.

The External Affairs Minister said that these incidents raised some very basic concerns as the other side did not abide by the agreements respecting LAC. Taking part in a dialogue session at the annual general meeting of FICCI, the foreign minister refused to make any predictions for resolving the deadlock with China. Jaishankar said, ‘I also believe that what has happened is not really in China’s interest. What he has done has greatly affected the feelings of the people (of India).

The Foreign Minister said that professionally I have seen that changing phase of how the people of India have been feeling about China during the last several decades and I am old enough to remember those more difficult days, especially The times of my childhood and adolescence. ‘ When asked about the proposed trade deal with the US, Jaishankar said that there were very serious negotiations between the government and the Trump administration to resolve the pending trade issues. The general thinking on both sides was that differences should be resolved before considering some of the larger issues.

Foreign Minister S. Jaishankar said, ‘For various reasons, they did not finalize it. From our side I can say that we were very serious. We wanted to deal with those issues because we thought it was too big for the relationship. But this did not happen. Often, when trade negotiations take place, they are like business negotiations between two governments. Such negotiations have difficult details. If the agreement is not finalized then it is not an agreement.