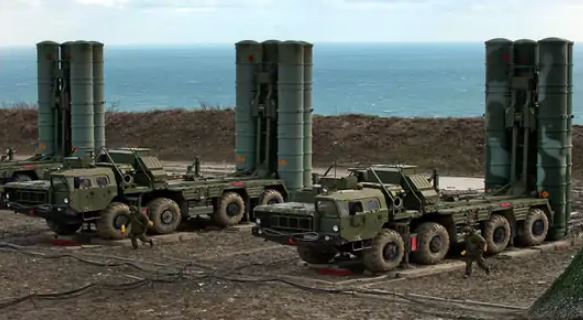 China Building Airbase : China is now building a new base of fighter jets in the city of Shake in Xinjiang province, close to eastern Ladakh. This construction is being built targeting the existing fighter airbases of Kashgar and Hogan in India.

According to sources, there was already an airbase in Shakche, but China is now developing it according to its fighter plane. China is engaged in strengthening its air force on the border with India through this base. The distance between existing airports in China close to the LAC for the operation of fighter jets was about 400 km, but with this construction this distance will be further reduced.

China has started equipping itself with equipment in areas along the Indian border. At the same time, the number of security devices is also increasing. China has recently deployed Russian-made air defense system S-400 in this area.

India has also installed its own air defense system to monitor Chinese fighter jets. Along with this, many fighter aircraft have also been deployed. They are capable of fighting both China and Pakistan together. India has sent a strong message to enemy countries like China and Pakistan by deploying French-made Rafale fighter jets at Ambala and Hashimara airbases.

US Navy Hands Over MH-60 Romeo Helicopters To Indian Navy

China Building Airbase : Recently, the Chinese Air Force has conducted military exercises in the areas along the Indian border. Chinese aircraft took off from Hogan, Kashgar and Gar Gunsa airfields. According to sources, in these areas, from the air to the ground, the Chinese army has always been weak in front of India.

In June 2020, in the bloody skirmish between India and Chinese soldiers in Galvan Valley, the dragon also suffered a lot. While 20 Indian soldiers were martyred in this incident, the Chinese government at first denied any harm. Later he admitted that 4 soldiers were killed.