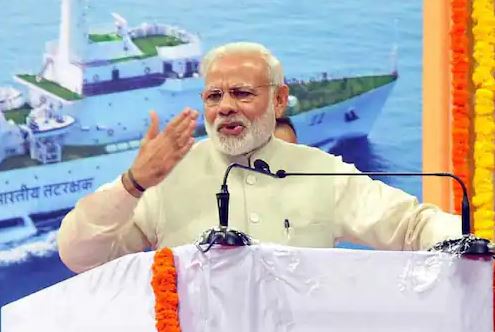 The central government is soon going to appoint a separate officer for the security of India’s maritime border. In fact, the Group of Ministers formed at the time of the Kargil war had recommended this, on which the Narendra Modi government is preparing to create the post of National Maritime Security Coordinator (NMSC) by implementing it after two decades.

NMSC will act as the coordination between civil and military maritime affairs. The NMSC will work under the NSA and will be the principal advisor to the government on maritime security matters. According to the English newspaper The Hindustan Times, according to sources posted in South Block, the Ministry of Defense and Military Affairs has sought the approval of the Union Cabinet for the post of NMSC and there is every possibility that the first NMSC is serving or recent to the Indian Navy. Retired Vice Admiral will be appointed.

The demand for NMSC is pending for decades. It was recommended by the Kargil GoM and its need was felt the most during the 2008 Mumbai attacks. At that time 10 Pakistani Lashkar-e-Taiba (LeT) terrorists directed by ISI in Karachi infiltrated Mumbai and created havoc.

The appointment of NMSC is the need of the hour as Navy, Coast Guard and State Maritime Boards all work in each other’s field by working with each other due to which problems arise at times. Nine states and four union territories are coastal in India. They believe that maritime and coastal security is the responsibility of the central government.

On the other hand, China is moving towards a sea-based security principle. It is trying to make its entry into the Indian Ocean through Pakistan and Myanmar. The NMSC designation will be important for maritime and energy security as Beijing plans to access the eastern seaboard of Africa through the Indian maritime zone. The appointment of NMSC is part of Prime Minister Narendra Modi’s vision of Act East Policy, Sagar, Deep Ocean Mission and Sagarmala project to make 12 major ports of India world class.