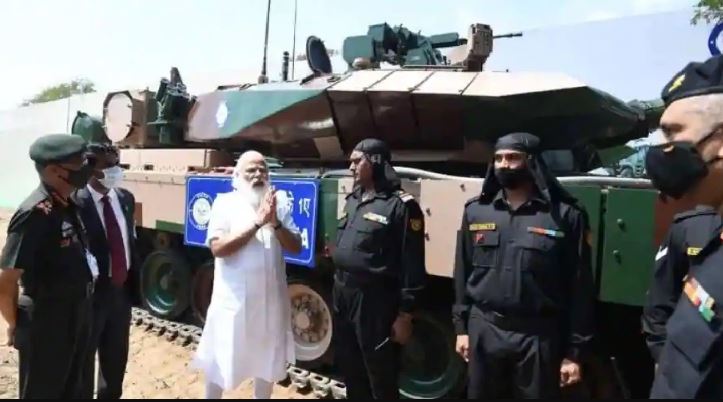 Central government does not want to take any carelessness against neighbouring countries like Pakistan and China. In June last year, China tried to encroach on Doklam and Pangong area.

To strengthen the army, the government led by Prime Minister Narendra Modi has approved defence procurement of 6 thousand crores.

To give a boost to the air defence system, the Defense Ministry on Friday approved proposals related to the modernization of its army’s air defence guns.

The Defense Acquisition Council (DAC) in a meeting chaired by Defense Minister Rajnath Singh on Friday approved proposals related to the capital acquisition of various equipment amounting to about Rs 6,000 crore to meet the modernization and operational requirements of the armed forces. given.

There was a long-pending need of the Indian Army to modernize its air defence guns, the Defense Ministry said, adding that these weapons were earlier procured only from foreign sources.

Following the Defense Ministry’s call to continuously promote self-reliant India and Make in India, an encouraging response has been received from nearly a dozen Indian companies.

The Defense Ministry statement said that these companies have expressed their willingness and commitment to manufacturing this complex gun system and related equipment by ensuring technology incorporation in India.

Additionally, the Council has approved the purchase of Air Defense Guns and Ammunitions under the Buy and Make (Indian) category at a cost of about Rs 6,000 crore.

In addition, in order to better equip the Armed Forces to meet operational challenges and to facilitate faster induction of required arms and ammunition, the DAC has decided to proceed with immediate capital acquisition under the powers delegated to the Armed Forces. The deadline has been extended till August 31, 2021. This will enable the armed forces to meet their emergent and critical acquisitions.

The defense ministry had earmarked nearly 64 per cent of its modernization fund – over Rs 70,000 crore – for procurement from the domestic sector under the 2021-22 capital acquisition budget.

It has registered an increase from 2020-21, when the capital budget allocation for domestic sellers was done for the first time and then it amounted to Rs 52,000 crore with 58 per cent.